Raid conduc­ted on a tip-off about the presen­ce of Shafiq Kala and his accomp­lices in Korang­i area
By Our Correspondent
Published: June 7, 2018
Tweet Email 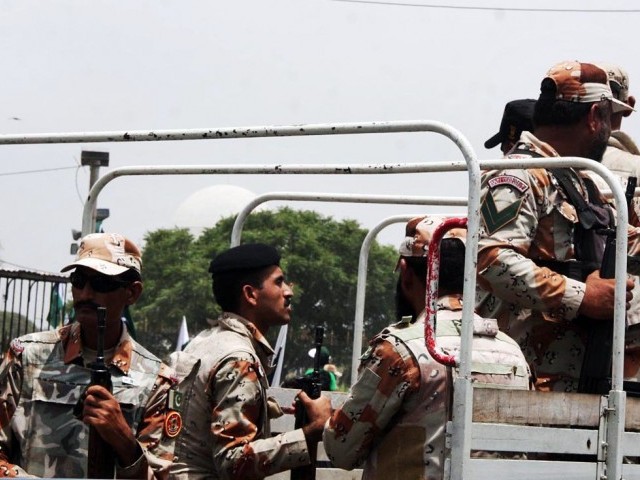 KARACHI    : A Rangers personnel was martyred and another injured in an operation launched by security forces in the densely populated Illyas Goth neighbourhood of Karachi’s Korangi area on Wednesday night.

According to Rangers spokesperson, Hawaldar Ilyas laid down his life in the line of duty whereas sepoy Ibrahim was injured.

Further reinforcement of Rangers and police was called in to launch a search operation in the area.

Shahbaz, alias Osama who opened fire on Rangers was injured in an exchange of fire and shifted to JPMC. Injured Rangers sepoy was shifted to CMH Malir.