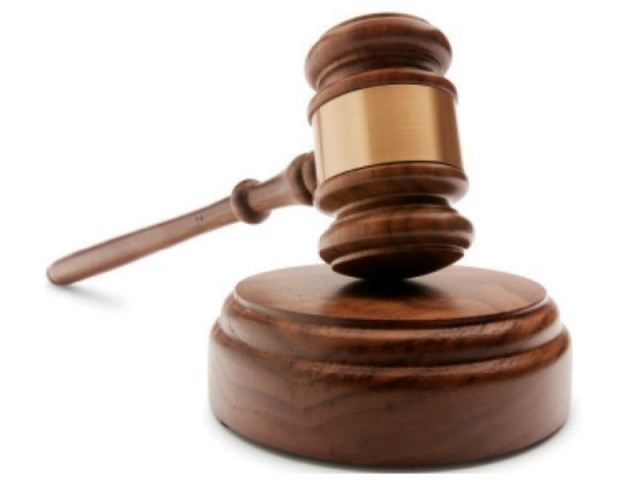 KARACHI: The administrative judge of an accountability court gave time till August 18 to the National Accountability Bureau (NAB) to file a reference against illegal appointments in the Karachi Port Trust (KPT).

The judge was informed on Wednesday that the federal anti-graft watchdog had yet to file a reference against former KPT chairperson Javed Hanif. A NAB investigation officer maintained that the bureau was awaiting the approval of the NAB chairperson to file the reference.

The judge was further informed that the reference was ready, however, NAB still had to arrest former ports and shipping minister Babar Ghauri who was an absconder in the case.

NAB asked the judge to grant it some time to file a reference against Hanif, to which the accountability courts’ administrative judge gave the bureau time till August 18.

The federal anti-graft watchdog has leveled charges of corruption, misuse of authority and 940 illegal appointments against Hanif. According to NAB, the former KPT chairperson played, along with Ghauri, a direct role in the illegal appointments that were made against the KPT rules and regulations without any advertisement.

It has also been alleged that many people who were illegally appointed in the KPT were criminals. The appointments reportedly caused the national exchequer a loss of Rs2 billion.

In the meantime, an accountability court adjourned the hearing of a corruption reference against former National Insurance Company Limited (NICL) office bearers.

The hearing was adjourned due to the lawyers’ boycott of courts on the occasion of the second anniversary of the Quetta blast in which several lawyers died.

Former NICL chairperson Ayaz Khan Niazi and 13 other suspects were present at the hearing. NAB has accused them of selling 10 acres of NICL land in Korangi at a throwaway price, causing millions of rupees loss to the national exchequer.

Niazi, Ameen Qasim Daad and others have also obtained bail from the Sindh High Court.