Half of loan package will go back to IMF: Haroon

Half of loan package will go back to IMF: Haroon

Deplor­es over the treatm­ent of US and West after so much doing
By Z Ali
Published: August 3, 2018
Tweet Email 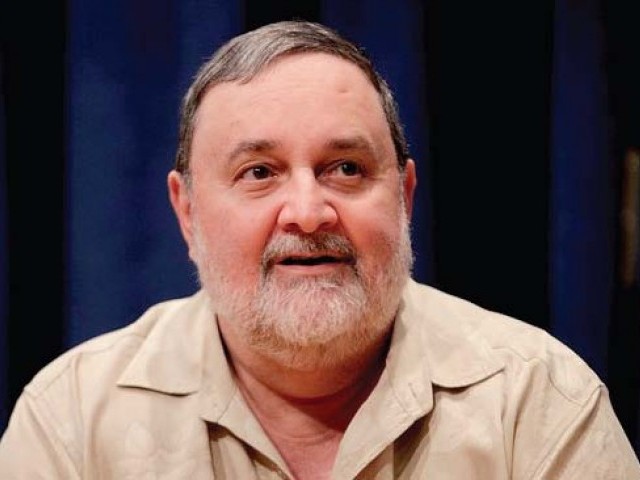 HYDERABABD: Pakistan is expecting to get $12 billion bailout loan package from International Monetary Fund (IMF) while almost half of that sum would be spent to repay previous loan of the IMF, said caretaker Foreign Minister Abdullah Hussain Haroon on Friday.

Speaking to media in Hyderabad he said “$5 billion of that loan would go back to the IMF.”

He clarified that a wrong impression has been created by the US which registered objection to the fund against approving the loan, citing fears that Pakistan would repay Chinese loan through that bailout.

“The US move to stop the IMF from issuing loan to Pakistan comes as a first. This reflects shamelessness of the US regime.”

He also clarified that the interim government has not approached IMF for the loan. The upcoming government would have to decide whether to opt for the loan or not, he added.

Haroon pointed to the ongoing trade war between the US and China, saying the former wanted Pakistan to end its economic relationship with the latter. “The US has a bone to pick with China and we [Pakistan] are being dragged into this.”

The foreign minister said when Pakistan sought financial support recently from the US the country was told that the required funds were not available. “[But] recently the US has earmarked $8 to $9 billion for defence purchases of India. The Pakistani nation wants to know was our alliance with the US temporary.”

He bewailed that the country is being subjected to various allegations by the West and which, as a consequence, are damaging Pakistan’s reputation while also adversely affecting the economy.

“The US wants to bring us to the point where no Pakistani citizen is allowed to travel abroad and the country becomes totally paralysed.”

“We sacrificed our 2 to 3 generations for the US led wars but we are being meted out such unfair treatment,” he bemoaned.

He accused the US and the West for throwing Pakistan in the abyss of terrorism by making it a front line state earlier in their proxy war against the Soviets and later in the US led invasion of Afghanistan.

He recalled that following the Soviet Union dismemberment and its retreat from Afghanistan, Pakistan became an enemy of Russia. “But then the West suddenly withdrew its support for Pakistan,” he said.

Haroon saw conspiracy in what he described as artificially ballooned exchange rate of dollar which touched as high as Rs135 per dollar. He said China helped Pakistan repay its foreign debts but it did not go well with the US.

He alleged that some leading political figures stash their ill-gotten money in the US banks and that their properties also exist in that country. “This is the reason they always agree to the US diktats.”

“The disposition of the US and the West towards Pakistan is unbecoming of a reciprocal bilateral relation. But despite the fact powerful political figures in Pakistan pander to the US because their money and assets are stashed there.”

He suggested the people to question their democratically elected new leadership about the status of the country’s relation with the West specifically the US. The US wields influence in the financial matters of the world but it has been strangulating Pakistan’s throat, he complained.

“If the West doesn’t recognise our sacrifices, we will not cave into their sabre-rattling and threats anymore.”