Says issues of Baloch­istan will be resolv­ed in Baloch­istan only
By Our Correspondent
Published: August 3, 2018
Tweet Email 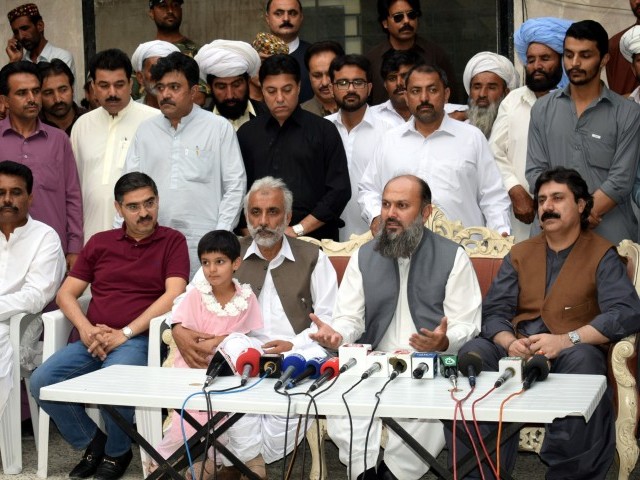 QUETTA: Balochistan Awami Party (BAP) President Jam Kamal on Thursday dispelled impression of disagreement over the nomination of speaker or leader of the house within the ranks of the party.
Addressing a crowded press conference in Quetta, where independent MPA-elect Abdul Rehman Khetran joined BAP, Kamal said, “It is not right to say that the decisions of forming the Balochistan government are being taken at Bani Gala.”

He said they had met the Pakistan Tehreek-e-Insaf leadership at the Centre and their party would support PTI at the Centre, whereas the PTI would support BAP in the province, stressing that the “issues of Balochistan will be resolved in Balochistan” only.
He also refuted notions of factions created in BAP, saying all members were in agreement with the party policy and decisions would be taken after consultations.

On the occasion, Khetran said that he had won the elections as an independent candidate and now it was a matter of pride for him to join BAP, adding that Balochistan would definitely be developed under the dynamic leadership of BAP.
He said that the sacrifices of his forefathers for the stability of Pakistan could not be set aside that easily.