Pass resolu­tion callin­g for free, fair and transp­arent probe of the electi­ons by an open court
By Our Correspondent
Published: August 1, 2018
Tweet Email 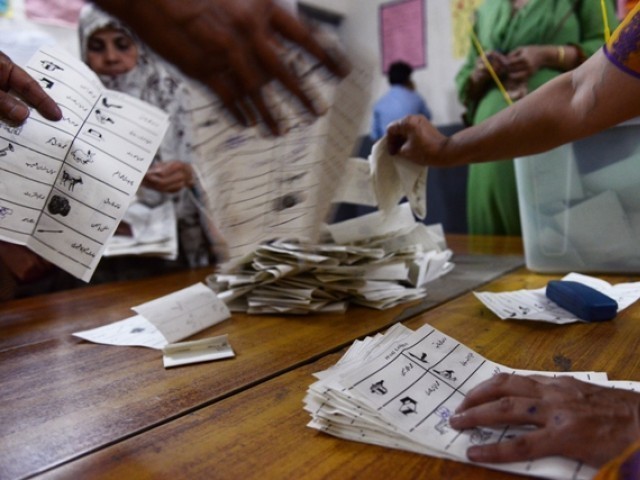 PESHAWAR: A top lawyer’s body in the province has joined the chorus from the opposition parties in rejecting the results of last week’s general elections, demanding instead a free and fair inquiry into the allegations of massive rigging.

The Khyber-Pakhtunkhwa Bar Council (K-PBC) on Tuesday passed a unanimous resolution against the general election results and demanded an inquiry.

They held the Election Commission of Pakistan (ECP) responsible for the debacle and accused it of failing in ensuring free and fair elections.

The lawyer’s body also alleged that the caretaker government of not playing a positive role in holding fair elections.

“We demand an independent inquiry into the alleged rigging of the general elections,” read the resolution which had been passed by the K-PBC during its general body meeting, chaired by K-PBC Vice Chairman Fida Muhammad Khan.

The K-P Bar council also asked for an open-court inquiry of the allegations made by the Islamabad High Court’s (IHC) Justice Shaukat Aziz Siddiqui in the presence of members of Pakistan Bar Council, provincial bar councils, the media and civil society members.

The lawyer’s body further asked that since the matter is connected to the independence of the judiciary, it must be decided in accordance with the relevant laws.