Mitha Khan, indepe­ndent candid­ate from Zhob, had joined the party on Friday­
By Our Correspondent
Published: July 29, 2018
Tweet Email 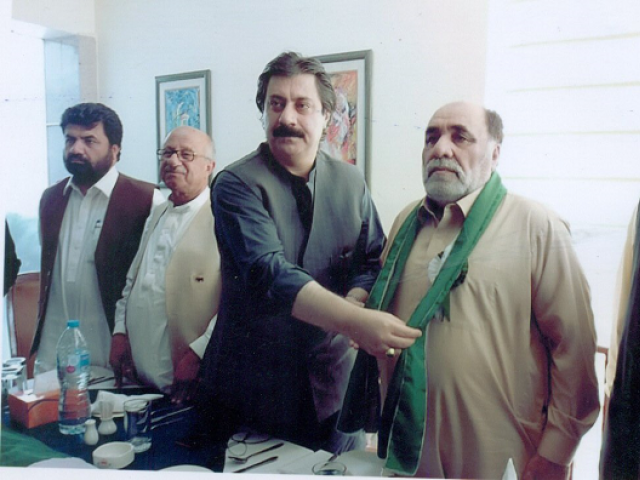 Dr Anwar Jan Kakar along with his followers had joined Balochistan Awami Party the other day. PHOTO: EXPRESS

Loni, an elected member of the Balochistan Assembly (BA) from PB-5 Duki, joined BAP as the newly formed party is utilising its efforts to form the next provincial government with its president Jam Kamal Khan as the expected chief minister.

After clinching 17 BA seats, BAP has emerged as the leading political party in the province. It is approaching other parties and independent candidates to strengthen its stance to form the next government.
Mitha Khan, independent candidate from Zhob, had joined BAP on Friday.