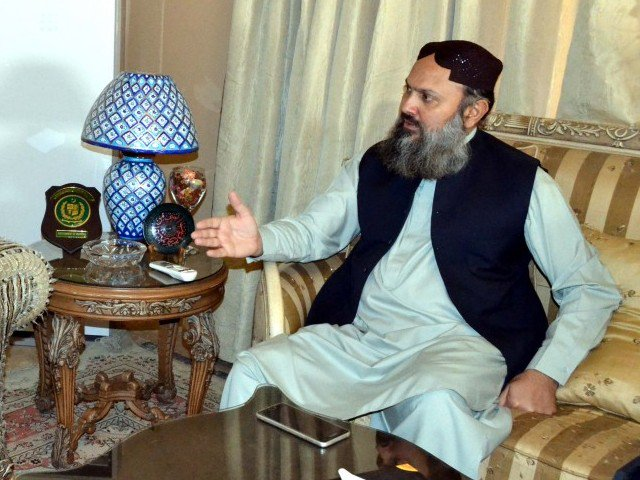 Kamal said that BAP would give party tickets to its own workers and leaders PHOTO: MOHAMMAD ZAFAR

QUETTA: Balochistan Awami Party (BAP) President Mir Jam Kamal has said that Balochistan has been deprived of development for the last 70 years.

“It still suffers from shortage of water, lack of health facilities and unemployment. Leaders of the province did nothing to overcome these issues,” he said at an event to welcome former additional secretary and tribal notable Major (retd) Nadir Ali Hazara into the BAP fold.

While praising Major (retd) Hazara’s services, Kamal said that BAP would give party tickets to its own workers and leaders. “BAP will build a prosperous and peaceful Balochistan after winning in the general elections,” he added.

“[Lack of] agro-based development and shortage of water are the main concerns which will be dealt with on a priority basis. It is time for Balochistan to witness real development in every sector as the province now has its own party,” he said.

Speaking on the occasion, BAP Secretary General Manzoor Kakar said the people of the province had already declared BAP the winners. “Nationalists and religious party have damaged the province and kept it deprived so that they could remain a political force,” he added.

Kakar said peace had returned to Balochistan due to the sacrifices of security forces. He said people in the province would not tolerate blame game anymore.

“Major (retd) Nadir Ali Hazara’s joining BAP is a sign of people’s trust in the party,” BAP founder Saeed Hashmi said in his address on the occasion. He described a peaceful and stable Quetta as the party’s priority.

Mir Sarfraz Bugti, Ruqayya Hashmi and other party leaders were also present on the occasion.