NAB DG warns no leniency will be shown to corrupt

NAB DG warns no leniency will be shown to corrupt

Listen­s to compla­ints of indivi­duals at NAB, Quetta office­
By Our Correspondent
Published: July 27, 2018
Tweet Email 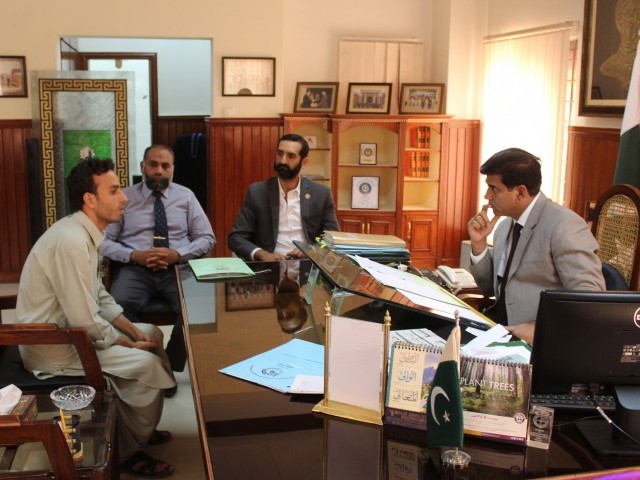 NAB Director General Mirza Muhammad Irfan Baig listening to the complaint of an individual during the open court. PHOTO: EXPRESS

QUETTA: Balochistan National Accountability Bureau (NAB) Director General Mirza Muhammad Irfan Baig has said that NAB will continue its efforts for ensuring a corruption-free Balochistan.
“Nothing can deter the bureau’s resolve in eradicating corruption through its holistic approach. There is zero tolerance for corruption and corrupt elements,” said the NAB DG while talking to the complainants during an open court held at the Quetta office on Thursday.

On the directives of NAB Chairman Justice (retd) Javed Iqbal, the NAB DG held an open court during which a large number of complainants visited the office and submitted complaints against government functionaries, departments and private individuals.
Baig calmly listened to all the complaints and issued immediate directives on various complaints.

He assured that in light of the documented proof in various cases, strict action would be taken to provide relief to the affectees and recover the looted national wealth.

“No leniency will be tolerated for those looting national wealth and making people’s lives miserable. The corrupt elements will be taken to task for cheating the public at large for their vested interests,” vowed the DG.