The shops' locks had been broken with gas cutter­s
By Our Correspondent
Published: July 19, 2018
Tweet Email 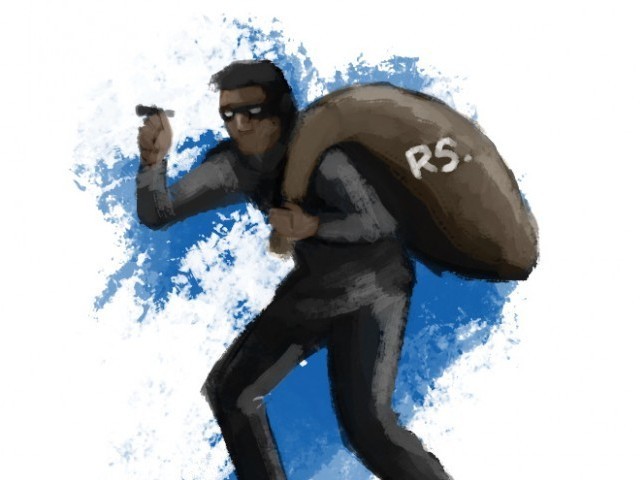 KARACHI: As many as nine shops were looted by robbers overnight at the popular Bohri Bazaar in Saddar on Tuesday night. The next morning, shopkeepers staged a protest, accusing the law enforcers of negligence and incompetence in curbing crime.

The incident came to light on Wednesday morning when the shopkeepers arrived to open their shops for the day. The locks had been broken open and cash and valuables from nine shops were missing.

According to police officials, a gang comprising at least five members, looted the shops on Tuesday night after breaking the locks with gas cutters. Police added that the robbers also beat up the night watchman of the market. Following reports in the media, Sindh Police chief Amjad Javed Saleemi took notice of the incident and sought a detailed report from the South Zone DIG.

District South SSP Omar Shahid Hamid told the media that a total of nine shops had their locks broken, from which a total amount of Rs8,60,000 had been reported stolen by shopkeepers. He added that though the market was one of the wealthiest in Karachi, the shopkeepers had employed one 70-year-old watchman and no CCTV cameras were installed. The officer said that a case has been registered while further investigation is under way.

Pagara warns Zardari of similar fate as that of Nawaz