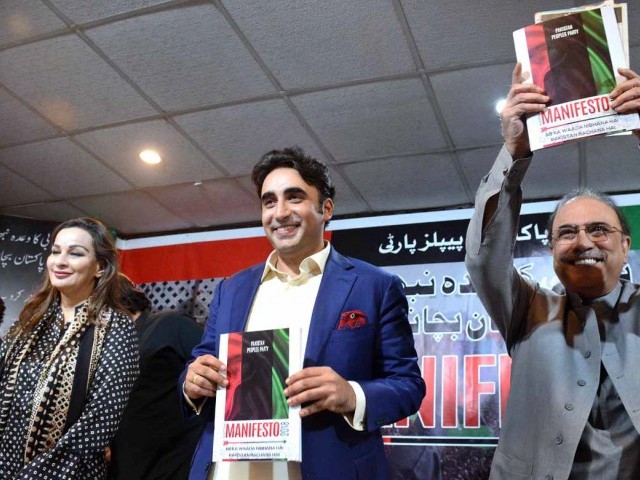 KARACHI: The Sindh High Court (SHC) has called for the nomination papers of Pakistan Peoples Party co-chairperson Bilawal Bhutto Zardari’s and an affidavit on a petition filed against their approval by the Returning Officer. The court has ordered the documents to be presented before it on July 2.

A two-member bench, headed by Justice Muhammad Ali Mazhar, gave these directives on a petition filed by Mehfooz Yar Khan, who claimed that Bilawal had failed to disclose details of his assets in the nomination papers. Justice Mazhar remarked the court wasn’t aware of the contents of Bilawal’s nomination papers and would decide the case after studying the documents.

A separate bench of the SHC issued notices to the Election Commission of Pakistan, the Sindh Police Inspector General and three others, seeking their response on a plea for the disqualification of Dr Farooq Sattar.

Petitioner Iqbal Kazmi requested the court to disqualify Dr Sattar from contesting the elections, alleging that he had not disclosed all the facts, including that he was an absconder in cases closed under the National Reconciliation Ordinance (NRO). Kazmi further alleged that Dr Sattar had hidden details of money borrowed from Khwaja Sohail Mansoor for his Land Cruiser. He added that the respondent had quoted the cost of his vehicle as Rs9 million, but he had not disclosed the value in the nomination papers.

Another petition sought a bar on candidates from contesting elections from more than one constituency. The court asked for replies from the ECP and others by July 4. Petitioner Faiq Jagrani said that after winning from more than one constituency, the candidate could only retain one seat. The remaining seats are contested again in by-polls, causing losses to the national exchequer.

GDA, PPP up in arms over posting of Sindh bureaucracy