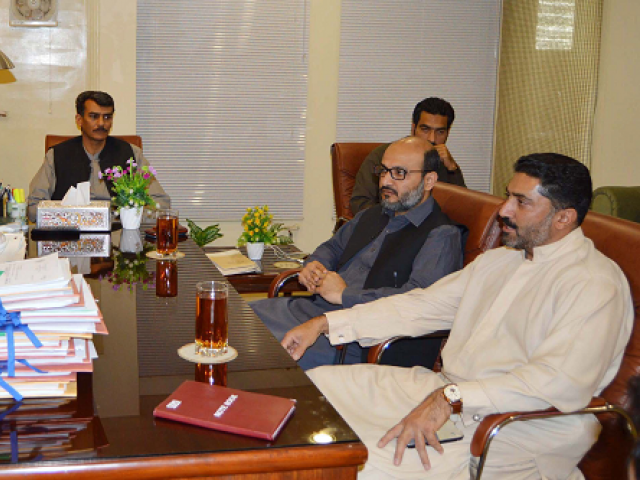 QUETTA: Conducting free and fair elections is the need of the hour, the interim information minister says.

“Civil society, media and religious scholars must spread awareness among the people about the upcoming general elections,” said Khuram Shahzad while talking to the media in Sibi on Tuesday.

“We are here to ensure peaceful elections. Our responsibility deserves considerable importance.”
He vowed to establish the writ of the state at any cost.

“For free and fair elections, we will support the Election Commission of Pakistan and the local authorities,” said Shahzad.

“Caretaker Chief Minister Alauddin Marri and his whole cabinet are working honestly like a team should so that exemplary elections can be conducted in Balochistan,” he added.

He stressed on giving importance to the upcoming general elections by spreading awareness among the people through civil society, media and religious scholars.

He said for this cause “we are meeting with the presidents and members of all the press clubs and the concerned people”.

He urged civil society members, religious scholars and media-persons to accept their responsibility and spread awareness among the people about the general elections so that they could elect “sensible people, who will represent them according to their wishes”.

In his concluding remarks, Shahzad said, “Holding peaceful elections in Balochistan is our sole duty. We will utilise all available resources to fulfil our responsibility.”