Say names of candid­ates for genera­l electi­on will be announ­ced in three days
By Our Correspondent
Published: June 6, 2018
Tweet Email 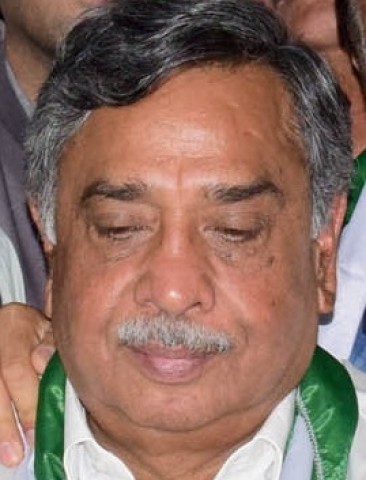 QUETTA: People from all corners of the province have been joining Balochistan Awami Party (BAP) which is annoying the political opponents as they are unable to digest the party’s growing popularity, BAP central leaders say.

During a press conference on Tuesday, BAP founder Saeed Ahmed Hashmi, Senator Naseebullah Bazai, Additional General Secretary Ismael Lehri and other leaders lambasted the political parties for doing nothing to clinch the rights of the people of Balochistan.

Before the conference, Sardar Barat Khan Maryani of PML-N, Bilal Barrech of Peace Movement and Engineer Shah Mehmood from PTI, Pishin along with their supporters joined BAP.

The BAP leaders said, “People of Balochistan are still deprived of their rights as the political parties’ behaviour instead of healing the masses’ wounds filled their own bank accounts and pursued only their personal interests.”

The further said, “BAP was formed to take a strong stance on Balochisan where its provincial leadership will be fully authorised to make decisions for the people’s welfare.”

They reiterated their statement that no other central party could impose its decision.

On BAP candidate for general election, the party leadership said, “We have finalised our contestants for the polls and their names will be announced within next two or three days.

“Our party has been promoting the youth to lead the province as they cannot be deterred from their motive on ethnic basis.”