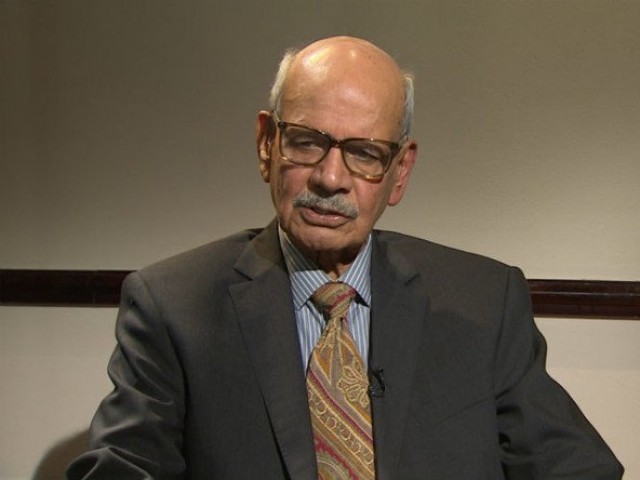 Durrani co-authored The Spy Chronicles: RAW, ISI and the Illusion of Peace with Amarjit Singh Dulat and Aditya Sinha.

In a post on microblogging site, the military’s media wing said early on Saturday that Durrani had been summoned to the General Headquarters (GHQ) on May 28 to “explain his position on views attributed to him in the book ‘Spy Chronicles’”. The tweet by Inter-Services Public Relations (ISPR)  DG Maj Gen Asif Ghafoor further said that the attribution was being taken as a violation of the code of conduct applicable on all serving and retired military personnel.

Lt Gen Asad Durrani, Retired being called in GHQ on 28th May 18. Will be asked to explain his position on views attributed to him in book ‘Spy Chronicles’. Attribution taken as violation of Military Code of Conduct applicable on all serving and retired military personnel.

Durrani made certain observations in the book, including a claim that then prime minister Yousaf Raza Gillani was fully on board regarding the Abbottabad US Navy Seals operation against Osama Bin Laden and that a special deal had been struck between the US and Pakistani governments in this regard. He also went on to suggest that Pakistan mishandled the case of convicted Indian spy Kulbushan Jadhav, claiming he would eventually be handed over to India.

Military sources said GHQ has serious reservations over some of the comments in the book, terming them baseless and contrary to facts. It was because of these reasons that Durrani has been asked to clarify his position in the context of the military code of conduct that bars any serving or retired military official from making remarks that compromise the country’s national security. “No one is above the law,” said a military source while citing the reason behind summoning the ex-spy chief.

The development came after several people including politicians questioned how a retired general could co-author a book with a former RAW chief.

“The revelations in the book require an NSC [meeting],” Sharif said on Friday while talking to media outside the accountability court hearing corruption references against the former premier and his family members in line with apex court’s July 28, 2017 order. “An NSC meeting should be convened to discuss the threats that come with Durrani’s new book with a former RAW chief. The revelations in the book call for the NSC.”

“A national commission should be formed to oversee such issues and investigate them.  If given the chance to form a government again, we would initiate such a commission,” added the deposed prime minister.

Sharif’s demand came in the backdrop of last week’s NSC meeting on his ‘controversial’ remarks regarding the alleged role of Pakistan-based non-state actors in the 2008 Mumbai carnage.

Discussing the issue in the upper house of parliament on Friday, Rabbani said if a politician or a civilian had agreed to co-author a book with an Indian, they would have been charged with treason. “The book of two ex-intelligence chiefs of Pakistan and India has been published. It is astonishing that despite the deeply strained relations, this book is being launched. There would’ve been ruckus and religious decrees against politicians and civilians had they moved in this direction, they would’ve been booked for treason as a result of their ‘revelations’,” the former Senate chairman said.

Rabbani also urged Defense Minister Khurram Dastgir to present a reply on the matter. He also questioned if Durrani had taken prior ‘permission’. “Did Lt-Gen Durrani take permission from his institute before authoring such a book?” This isn’t a trivial issue. Relations between the two countries are going through a rough patch.”

Separately, Durrani is unlikely to attend the launch of his book as the Indian government has not issued him a visa. During an interview, AS Dulat had suggested that the Indian government invite Army chief General Qamar Javed Bajwa to restart stalled talks between the two countries. “Roll out that red carpet, invite General Bajwa and see what happens,” he stated.

Both authors described people-to-people contact between both countries as a “low hanging fruit” that could be used to resume cricketing ties as well. Durrani said, “An agreement on a joint anti-terror mechanism would have been a great achievement for both. Alas, that was not to be.”