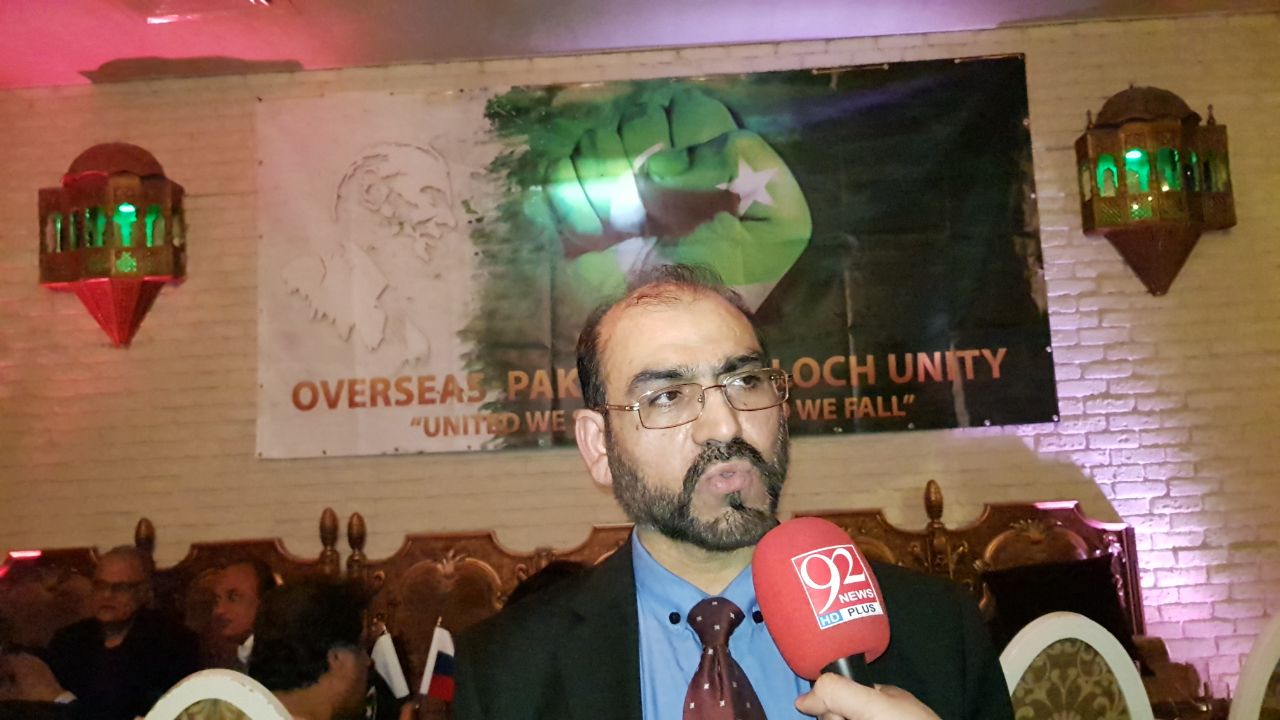 ISLAMABAD: Overseas Pakistani Baloch Unity (OPBU) founder Dr Jumma Khan Marri has vowed to bring back innocent and misguided people of Balochistan to the mainstream in order to confront and expose elements working at behest of India.

The organisation was launched to confront and expose the so-called Baloch independence movement across the world.

In this regard, an event was organised in Moscow, Russia by Dr Marri along with his supporters to launch their organisation ‘OPBU’ under the slogan – ‘United We Stand, Divided We Fall’.

The event was also attended by different segments of Pakistani community residing in Moscow to show their solidarity and support where Dr Marri briefed the participants regarding the organisation’s manifesto, structure and relevant details.

Addressing the launching ceremony of OPBU, Dr Marri reiterated that OPBU would resolve all the issues of innocent and misguided people of Balochistan on political asylum abroad, for bringing them back to mainstream of the country.

He said that they would also confront and expose all Indian paid so-called Baloch leaders like Hyrbyar Marri, Mehran Marri and Brahamdagh Bugti at all forums and fronts.

He said, “Soon the OPBU organisation will be expanded to different countries across the world headed by prominent personalities from the Balochistan diaspora, who will also announce their disassociation from so-called Baloch separatist movement.”

He also advised all Baloch brothers involved in terrorist activities and operating in Pakistan, to lay down their weapons and start working for betterment of Balochistan by participating in the ongoing development projects.

He gave a call to Baloch brothers from Kohlu (his home town) to support him in his mission of peace, unity and brotherhood.

The official website of the organisation was also launched. The event ended with the National Anthem of Pakistan and slogans of Pakistan Zindabad.