In unprecedented deal, new technology allows the country to develop missiles that can deliver to multiple targets

A mobile missile launcher in a military parade in Islamabad. Pakistan’s missile programme has been advancing rapidly. PHOTO: AFP
China has sold Pakistan a powerful tracking system in an unprecedented deal that could speed up the military’s development of multi-warhead missiles, according to South China Morning Post.

News of the sale to Islamabad - and evidence that Beijing is supporting Pakistan’s rapidly developing missile programme - comes two months after India tested its most advanced nuclear-ready intercontinental ballistic missile (ICBM) with a range long enough to hit Beijing or Shanghai, the article in the Chinese daily observes.


According to the publication, Chinese authorities declassified information about the deal on Wednesday.

A statement on the Chinese Academy of Sciences (CAS) website said China was the first country to export such sensitive equipment to Pakistan.

Zheng Mengwei, a researcher with the CAS Institute of Optics and Electronics in Chengdu, Sichuan province, confirmed to the South China Morning Post that Pakistan had bought a highly sophisticated, large-scale optical tracking and measurement system from China.

The country's military recently deployed the Chinese-made system “at a firing range” for use in testing and developing its new missiles, he said.

India’s January 18 test of its Agni-V ICBM, with a range of more than 5,000km (3,100 miles), is seen as a message that the country can deploy a credible nuclear deterrent against China, and Beijing is determined to counter it.

While the Hindu-majority country's single-warhead missiles are bigger and cover longer distances, Pakistan has focused its efforts on developing multiple independently targetable re-entry vehicles (MIRVs), a type of missile-carrying several nuclear warheads that can be directed towards different targets.

Although the Ababeel missile has a range of only 2,200km, it can deliver numerous warheads to different targets. The technology has the potential to overwhelm a missile defence system, wiping out an adversary’s nuclear arsenal in one surprise attack. 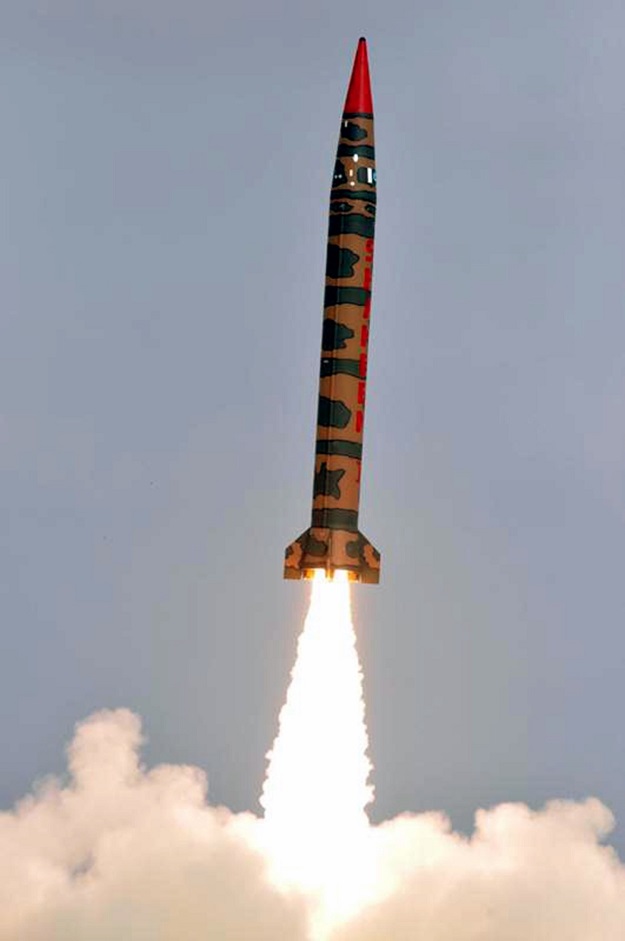 
There are growing concerns that MIRV technology will tip the strategic balance between India and Pakistan and destabilise the subcontinent, according to the report in the Chinese paper.

India has so far not found success in building a system that can effectively deliver more than one nuclear warhead at a time.

Military experts believe that it will take much more time before the Ababeel missile is ready for use in battle. It is thought to be still at an early stage of development, with plenty of room for improvement.

It has been a long-held notion that Beijing is supporting Islamabad’s missile development programme. But solid evidence can seldom be found in the public domain, making the CAS statement a rarity.

The Chinese team enjoyed VIP treatment during the nearly three months it spent in Pakistan assembling and calibrating the tracking system and training technical staff on how to use it, according to the statement.

“The system’s performance surpassed the user’s expectations,” it said, adding that it was considerably more complex than Pakistan’s home-made systems. It did not reveal how much Pakistan paid for the system.

An optical system is a critical component in missile testing. It usually comes with a pair of high-performance telescopes equipped with a laser ranger, high-speed camera, infrared detector and a centralised computer system that automatically captures and follows moving targets.

The device records high-resolution images of a missile’s departure from its launcher, stage separation, tail flame and, after the missile re-enters atmosphere, the trajectory of the warheads it releases.

The uniqueness of the Chinese-made system lay in its use of four telescope units, “more than normally required”, Zheng said.

Each telescope, with a detection range of several hundred kilometres, is positioned in a different location, with their timing synchronised precisely with atomic clocks. 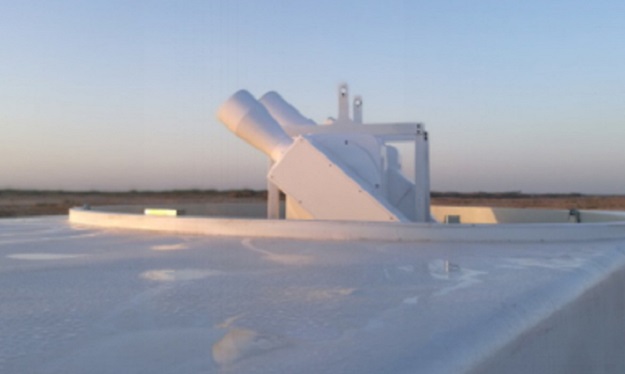 
Together, the telescopes provide visual information of unprecedented detail and accuracy, which missile developers can use to improve designs and engine performance.

Zheng said he could not elaborate further on the technology nor where in Pakistan it was being used as it involved the country’s defence interests.

“We simply gave them a pair of eyes. They can use them to look at whatever they want to see, even the Moon,” he said.

Other types of tracking devices, such as radar, can collect more precise data at longer distances, but the Chinese-made optical system provided the intuitive, close-up look at real-life action that missile developers craved, he said.

“Seeing it with our own eyes is completely different from mining dry data. It helps to not only diagnose problems, but also generate inspiration,” Rong said.

A mainland military observer said the sale of the optical system was no big surprise, as it could not be used directly to develop long-range MIRVs.

They required small nuclear warheads with sophisticated control after re-entry, and it was unlikely China would share such sensitive technology with Pakistan, he said.

“China definitely doesn’t want a nuclear war breaking out between India and Pakistan. Both countries sit right on our border,” said the analyst, who asked not to be identified.

“The fallout could drift over Everest and rain over Tibet, and our big cities are within reach of ballistic missiles. Stability is always our top concern.”

Khan | 4 years ago | Reply Thank you China.
Replying to X
Saved ! Your comment will be displayed after the approval.
Error !
Error! Invalid Email.