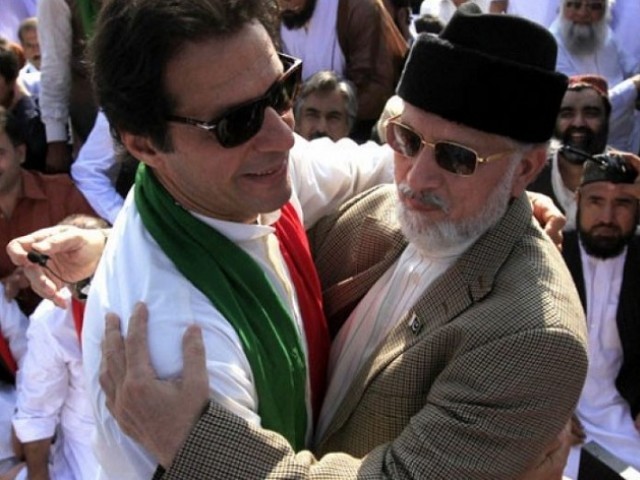 KARACHI: After a number of political parties have joined hands with the Pakistan Awami Tehreek (PAT), its chief Allama Tahirul Qadri has finalised formation of a ‘joint opposition alliance’ to launch a ‘decisive’ movement against the Pakistan Muslim League-Nawaz (PML-N) government.

Highly credible sources told Daily Express on Sunday that formation of the alliance will formally be announced soon.

The key demands of the alliance will include immediate dissolution of the national and provincial assemblies, instant arrest and trial of Punjab Chief Minister Shehbaz Sharif, Law Minister Rana Sanaullah and others allegedly involved in the Model Town tragedy. The incident in 2014 left 14 dead and many injured at the hands of the Punjab police, all members of the PAT.

The alliance is likely to demand establishment of an interim government in consultation with the opposition parties, leading to early elections in the country.

Meanwhile, the Qadri-led PAT is also in touch with Jamaat-e-Isalmi (JI) and Muttahida Qaumi Movement-Pakistan (MQM-P) among other parties in this regard.

However, if the ruling party did not accept the demands, protests will be launched across the country including one in front of the Parliament House in the federal capital.

The opposition parties can also use the option of resignation of their lawmakers in consultation with each other.

Meanwhile, the PPP is in contact with the ruling party and trying to convince the PML-N leadership in holding early elections through dialogue, the sources also said.

The PML-N has been conveyed a message that the governments should be dissolved for the sake of ‘continuity of democracy’ and the PPP will not become a part of any anti-government protest movement if the ruling party had agreed to resolve the issue on the negotiation table.

Highly-placed sources in the PML-N said the party is seriously considering the PPP message at the highest level, adding that the ruling party has forwarded a ‘secret message’ to Zardari’s party that it must support the delimitation bill in Senate before the league leadership can consider talks on early elections.

The sources also said that Dr Qadri is also planning to turn this coalition into an electoral alliance once all his demands are met. And in case the PTI decided against joining the alliance, the firebrand cleric would try to woo PPP and other ‘like-minded parties’ for the same.

Sources in the PML-N said any decision on the issue would only be made after the party chief and deposed prime minister Nawaz Sharif return home. Sharif is currently with his ailing wife Kusloom Nawaz, who is getting medical treatment in London.

The PML-N leadership may resort to choose the option of early polls in a bid to prevent formation of a ‘national or technocratic government’, said the sources.