It has played a vital role in social change
By Our Correspondent
Published: December 1, 2017
Tweet Email 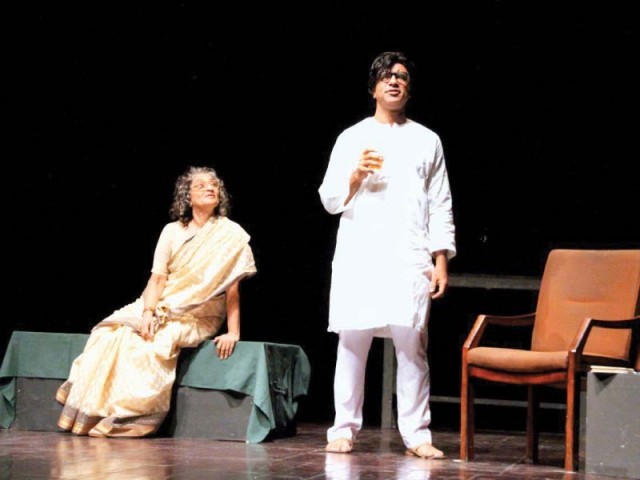 ISLAMABAD: Theatre has played a vital role in social change and reflects the darkest aspects of societies.

This was stated by Pakistan National Council of the Arts (PNCA) Director General Jamal Shah at the concluding ceremony of the month-long National Theatre Festival. The festival came to an end on Thursday. “Theatre has always been a source of social change and the writers, directors, actors have used this medium for the betterment and uplift of society,” Shah said.

He added that PNCA was striving for the promotion of art and artists, providing opportunities to the artists of different genres to showcase their talent on a national platform.

Around 50 plays were presented during the month-long festival where drama lovers experienced a verity of themes and topics during this period. The aim of the festival was to promote serious theatre and help artists in the field to nourish their talent and receive encouragement for their work.

The festival had started on October 30 with the play ‘Dekh Tamasha’, an adaptation of Krishan Chandar, story by AD Baloch from Quetta and concluded on November 30 with Play Manto Mera Dost by Sheema Kirmani from Karachi. Over the past 31 days, two or three plays were staged every day.

In paintings, youth come to grips with climate change