14 parks have been select­ed for the projec­t
By APP
Published: October 13, 2017
Tweet Email 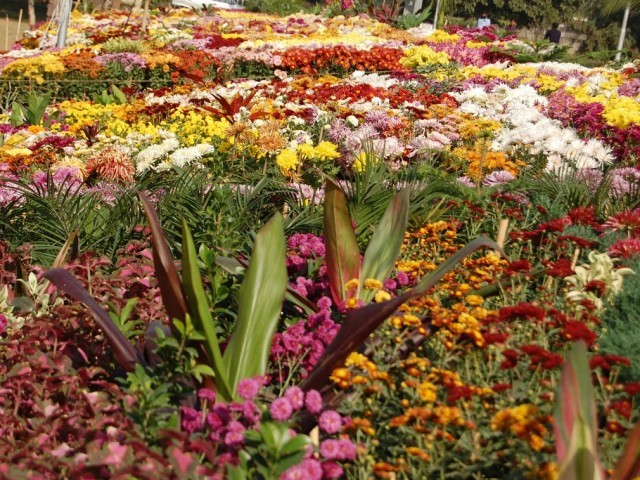 MULTAN: The Parks and Horticulture Authority (PHA) will plant 30,000 flower plants in 14 parks and three greenbelts of the city by November 2017.

PHA spokesperson Jalaluddin said the city administration plants seasonal flower plants after every three months. The flower plants consist of marigold and coxcomb for the beautification of the city.

He added that 2,000 flower pots had been prepared for the purpose and about 12 to 15 flower plants would be planted in each pot. He said that these flower plants would be planted at 14 parks, including Ladies Park Shamsabad, Chungi Number 9 Rotary, Goalbagh Park, Lodhi Colony Park, Ladies Park Gulgasht, Jalal Masjid Park, Ameerabad Park, Allama Iqbal Park, Qasim Park and Dogar Park.

Jalal maintained that three green belts were also included in the project where seasonal flowers would be planted, including Nishtar Chowk, High Court Road and Kalma Chowk.

On the other hand, rehabilitation work was under way at Baghechi Park where 90% civil work had been completed and benches and lights were installed in it.

He pointed out that walkway of the park had also been completed while sewerage line crossing from the middle of the park had been covered. He said that landscaping would also be completed soon. The PHA official said that the pace of work at Bagh Langay Khan and Aam Khas Bagh was slow due to paucity of funds.