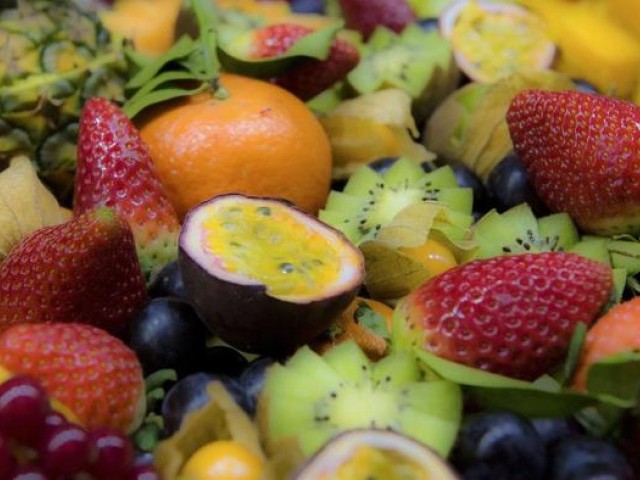 KARACHI: Punjab – the most populated province of Pakistan – is often called the food basket of the country. It is not just because of its sheer size in agriculture production, but also because of a variety and quality of grains, fruits and vegetables that it produces.

Agriculture is the mainstay of Pakistan’s economy. It accounts for about 20% of gross domestic product (GDP), but since 50% of the labour force depends on this sector, its importance is much more than just its size in the economy.

Punjab contributes a major share in the agricultural economy of the country. It has about 57% of the total cultivated and 69% of the total crop area of Pakistan.

Over the years, Punjab’s economy has been diversified considerably, but the agriculture sector is still the largest and driving force for growth and development. It still provides employment to 45% of people in the province and over 65% in rural areas.

It also provides food, shelter and livelihood to the people and raw material to the industry. The farming community also contributes to growth by providing market for industrial products. Therefore, the Punjab government gives top priority to this sector.

Pakistan exports about $2 billion worth of rice and Punjab plays an important role mainly because of its basmati rice – a long-grain variety – that is popular globally because of its aroma and taste.

Basmati rice is mainly produced by India and Pakistan. In Pakistan, Punjab produces more than 95% of basmati rice. Since the variety fetches high prices in the international market, exporters say Pakistan should develop more varieties of the aromatic rice to step up foreign exchange earnings.

Pakistan exported $641 million worth of horticulture products in fiscal year 2015-16. Industry officials say the country is gradually increasing exports in this sector, but it can considerably do better if federal and provincial governments frame new policies.

After the 18th Amendment to the Constitution, agriculture has become a provincial subject, but provinces are still struggling to make their own policies.

“There is so much potential that can be tapped by provinces, but right now only Punjab is better utilising its dormant potential compared to other provinces,” said Ahmad Jawad, Regional Chairman of the Federation of Pakistan Chambers of Commerce and Industry’s (FPCCI) Standing Committee on Horticulture Exports.

Experts say horticulture exports could grow to iconic proportions and touch $7 billion in the next decade if research and development (R&D) is vigorously pursued and required infrastructure is built.

Unfortunately, Pakistan’s share right now in global horticulture exports is just 0.3% despite being an agricultural economy.

Sargodha is the hub of kinnow (orange) production in Pakistan with an overwhelming share of over 90% in annual output. The city not only provides oranges for the domestic market, but also helps fetch over $200 million from exports every year.

This northern city of Punjab is ideal for kinnow production because of its fertile land and cold weather. Horticulture industry officials say the city can earn over $1 billion every year if the public and private sectors collaborate in R&D work.

However, years of neglect have compounded the problems of Sargodha farmers and exporters and now various diseases (especially canker) are threatening the very existence of orange farms in the city.

Punjab plays an important role in mango production, too. In recent years, experts often warned federal and provincial governments about the growing threat of crop diseases.

In March 2014, the European Union slapped a ban on Indian mangoes and some other vegetable imports, which badly hurt Indian mango farmers and exporters.

Sensing the threat, Pakistan’s Department of Plant Protection took stern measures to avoid such restrictions on its fruit imports in the 28-nation EU market.

Fortunately, exporters and growers fought back and did relatively well by acquiring technology to protect mangoes from fruit flies and other diseases.

The government of Punjab took the looming EU threat seriously and fruit exporters are now treating fruits and vegetables before exporting to Europe.

Compared to just a few hot water treatment plants in 2014, the country has now dozens of such plants in different districts. Most of these are in Punjab.

Leading fruit exporters say growers have responded well in a crisis situation. If growers and exporters continue to adopt new technologies, the country will be able to increase its horticulture exports sharply in coming years.

Industry officials say a little support from provincial governments can further accelerate the pace of exports for mangoes, kinnows, guavas, onions, potatoes, etc. This is how the country could create more job opportunities, especially in rural areas.

Looking down the One Belt, One Road