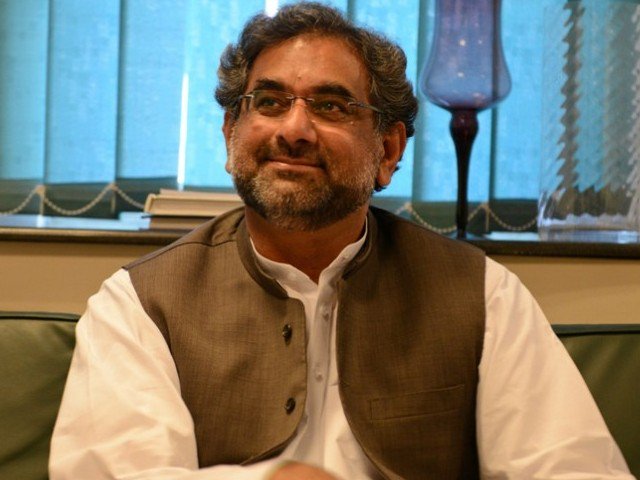 ISLAMABAD: It’s abundantly clear now that Shahid Khaqan Abbasi, who was earlier said to be an interim prime minister, is not a chair warmer. He is here for a long haul – or for until the next elections, to be precise. And this shows in his swelling cabinet. He has 56 aides – and perhaps counting.

Abbasi’s bulging cabinet has raised a question: is there a limit to the number of aides a Pakistani prime minister can have? The answer is, ‘yes’. Constitutionally, the federal cabinet should not have more than 49 members.

Premier Abbasi has given a strange justification for his bulging cabinet. In a TV interview he said Nawaz Sharif, who he has succeeded, was a seasoned politician and hence didn’t need a huge cabinet, but I don’t have that much political experience and need more aides.

Presently, five of the federal and state ministers in Abbasi’s cabinet are senators. Given the current strength of federal ministers, the Constitution allows him to have less than seven members in his cabinet from the upper house of parliament. So, this is fine.

“But the problem lies with the number of cabinet members. If the cabinet formation is challenged in the Islamabad High Court, some members will have to lose their portfolios in order to reduce the strength of cabinet to 49,” Dilshad said.

Not long ago, the Sindh government had to remove on the high court orders some of its advisers and special assistants to bring down the cabinet size within the constitutional limit, he recalled.

Moreover, he pointed out that none of the newly appointed advisers and special assistants of Abbasi has taken oath of office which makes them ineligible to attend any meeting of the cabinet or parliament’s session.

The prime minister’s spokesman and newly appointed special assistant Musadik Malik was not available for comments. However, his adviser Ameer Muqam defended the cabinet size.

“Currently, we have 29 federal ministers and 18 state ministers, which is well within the constitutional limit of 49,” he told The Express Tribune. “The limit was not applicable on advisers and special assistants.”

However, Dilshad disagreed. “Article 92 clearly states that the number of cabinet members, not just ministers, should not exceed 11% of parliament’s strength.”

According to his office, the premier informed his cabinet about his recent visit to Karachi where he announced Rs25 billion for Karachi and Rs5 billion for Hyderabad under a comprehensive package to be implemented by the federal government under the administrative supervision of the provincial governor with fixed timelines and costs.

Abbasi also informed his aides about a meeting he had chaired during Karachi visit on law and order in the wake of recent surge in street crimes in the metropolis. Abbasi said the provincial government had been asked to play its due role in the development work in the province in general and Karachi in particular. He reaffirmed all-out support to the provincial government in development and ensuring peace and security in Sindh.

The prime minister also informed the cabinet about the recent presentations given to him on WAPDA and NHA officials. He constituted a committee under his chair to collate proposals on issuance of arms licences.

He directed the interior ministry to revalidate data on the licences issued and 90 days grace period to be given to all licence holders of prohibited weapons for registration with NADRA.