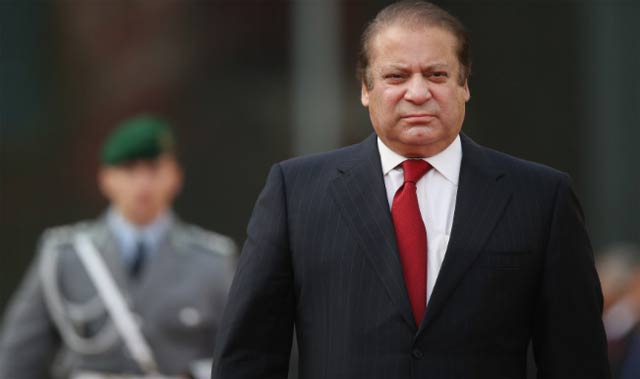 ISLAMABAD: In a landmark verdict, the apex court’s five-judge larger bench on Friday unanimously disqualified Prime Minister Nawaz Sharif due to his failure to disclose his ‘un-withdrawn receivables, constituting assets’ in his nomination papers filed ahead of the 2013 general elections.

The verdict – announced in the packed courtroom 1 of the Supreme Court – came as a major blow to the ruling family as the court also asked the National Accountability Bureau (NAB) to file three different references against PM and his three children – Maryam, Hussain and Hassan – as well as Captain (retd) Safdar.

The court ordered NAB to file the references within six weeks before the accountability court of Rawalpindi-Islamabad on the basis of the material collected and referred to by the Joint Investigating Team (JIT) that probed into Sharif’s offshore assets as revealed in April last year by Panama Papers.

Interestingly, disqualification of the premier was not made on the basis of the corruption charges levelled by the PTI after the emergence of Panama Papers.

The SC disqualified the PM by relying on documents collected by the JIT during its probe through Mutual Legal Assistance (MLA) request. The documents showed that the PM had been an employee of a Dubai-based firm, Capital FZE, and as chairman of its board on a salary.

After this revelation was made by the JIT in its report submitted before the three-judge implementation bench of the apex court on July 10, the PM’s counsel had admitted to the PM’s employment but claimed that he never collected his salary. However, the top court based its verdict on the same fact.

“It is hereby declared that having failed to disclose his un-withdrawn receivables constituting assets from Capital FZE Jebel Ali, UAE in his nomination papers filed for the General Elections held in 2013 in terms of Section 12(2)(f) of the Representation of the People Act, 1976 (ROPA), and having furnished a false declaration under solemn affirmation respondent No 1 Nawaz Sharif is not honest in terms of Section 99(f) of ROPA and Article 62(1)(f) of the Constitution of the Islamic Republic of Pakistan, 1973 and therefore he is disqualified to be a Member of the Majlis-e-Shoora (Parliament)”, said the five judge larger bench, headed by Justice Asif Saeed Khosa, in its four-page order.

The court also asked the President of Pakistan to take all necessary steps under the Constitution to ensure ‘continuation of the democratic process’.

Giving reasons for the PM’s disqualification, the three-judge bench – headed by Justice Ejaz Afzal Khan – observed that it had not been denied that the PM being chairman of the board of Capital FZE was entitled to a salary.

“When the un-withdrawn salary as being receivable is an asset, it was required to be disclosed by respondent No. 1 (PM) in his nomination papers for the Elections of 2013 in terms of Section 12(2)(f) of the ROPA,” said the implementation bench in its 21-page judgment.

The bench also considered that whether the salaries if not withdrawn being receivable as such constitute assets which require disclosure in terms of Section 12(2) of the ROPA, 1976 and whether his failure to disclose them would entail his disqualification.

“The word ‘asset’ has not been defined in ROPA, therefore, its ordinary meaning has to be considered for the purposes of this case. The word asset as defined in Black’s Law Dictionary means and contemplates “an asset can be (i) something physical such as cash, machinery, inventory, land and building (ii) an enforceable claim against others such as accounts receivable (iii) rights such as copyright, patent trademark etc (iv) an assumption such as goodwill”.

The definition of the word ‘receivable’ as used in the above mentioned definition as given in the Black’s Law Dictionary is also relevant which means and contemplates “any collectible whether or not it is currently due. That which is due and owing a person or company”.

The word ‘receivable’ also has similar ring and connotation according to Business Dictionary which reads as “Accounting term for amount due from a customer, employee, supplier (as a rebate or refund) or any other party. Receivables are classified as accounts receivable, notes receivable etc and represent an asset of the firm”.

The order said when the court confronted the PM’s counsel Khawaja Haris whether the respondent had ever acquired work permit (Iqama) in Dubai, remained chairman of the board of Capital FZE and was entitled to a salary as such, his reply was in the affirmative with the only addition that respondent No1 never withdrew any salary. “This admission was reiterated in more categorical terms in the written arguments filed by the learned Sr ASC for respondent No 1,” it said.

The ruling family’s legal team is saying that it is the most ‘frivolous ground’ to disqualify the PM. A senior member of Sharif’s legal team said the PM’s disqualification under Article 62(1)(f) was the most unreasonable. He said open-ended monitoring by a judge meant persecution, not prosecution.

The references may be based also on material as may be available with the Federal Investigating Agency and NAB having “any nexus with the assets or which may subsequently become available including material that may come before it pursuant to the Mutual Legal Assistance requests sent by the JIT to different jurisdictions.”

The bench asked NAB to file first reference against the PM and his children relating to properties including flats no 16, 16-A, 17 and 17-A at Avenfield House, Park Lane area of London, United Kingdom.

“In preparing and filing this reference, NAB shall also consider the material already collected during the course of investigations conducted earlier,” it ordered.

The court directed NAB to file reference against Finance Minister Ishaq Dar for possessing assets and funds beyond his known sources of income.

It also asked NAB  to include in the proceedings all other persons including Sheikh Saeed, Musa Ghani, Kashif Masood Qazi, Javaid Kiyani and Saeed Ahmed, who have any direct or indirect nexus or connection with the actions of respondents PM , his children and Ishaq Dar leading to acquisition of assets and funds beyond their known sources of income.

NAB may file supplementary reference(s) if and when any other asset, which is not prima facie reasonably accounted for, is discovered.

The accountability court shall proceed with and decide the aforesaid references within a period of six months from the date of filing such references; and in case the court finds any deed, document or affidavit filed by or on behalf of the respondent(s) or any other person to be fake, false, forged or fabricated, it shall take appropriate action against the concerned person(s) in accordance with law.

The chief justice of Pakistan is requested to nominate a judge of this court to supervise and monitor implementation of this judgment in letter and spirit and oversee the proceedings conducted by NAB and the accountability court.

“This court commends and appreciates the hard work and efforts made by members of the JIT and their support and ancillary staff in preparing and filing a comprehensive and detailed report as per our orders.

“Their tenure of service shall be safeguarded and protected and no adverse action of any nature including transfer and posting shall be taken against them without informing the monitoring judge of this court nominated by the Honourble CJP,” said the order

From celebrations to tears, nation reacts to Nawaz’s disqualification