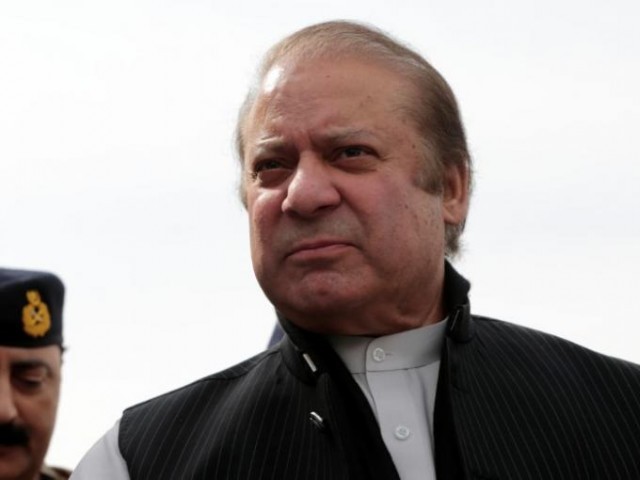 ISLAMABAD: Prime Minister Nawaz Sharif on Friday resigned from his post, his office said, hours after the Supreme Court disqualified him over corruption claims against his family.

The apex court said Nawaz is not fit to hold office and ordered a criminal investigation into him and his family.

The Prime Minister’s office said in a statement that Sharif has “stepped down” despite having “serious reservations” about the judicial process. The federal cabinet also stands dissolved.

The development came soon after the top court on Friday disqualified PM Nawaz from office after a damning corruption probe into his family wealth, cutting short his third stint in power and ordering a criminal investigation of his family. “He [Nawaz] is no more eligible to be an honest member of the parliament, and he ceases to be holding the office of prime minister,” said Judge Ejaz Afzal Khan in court.

The top court ordered the National Accountability Bureau (NAB) to file a reference against the accused in an accountability court in six weeks and directed for the trial to be concluded within six months. The bench further requested Chief Justice of Pakistan (CJP) Mian Saqib Nisar to nominate one judge who will oversee the proceedings of the accountability court.

Meanwhile, the Election Commission of Pakistan issued the de-notification of Nawaz as the member of National Assmbly. 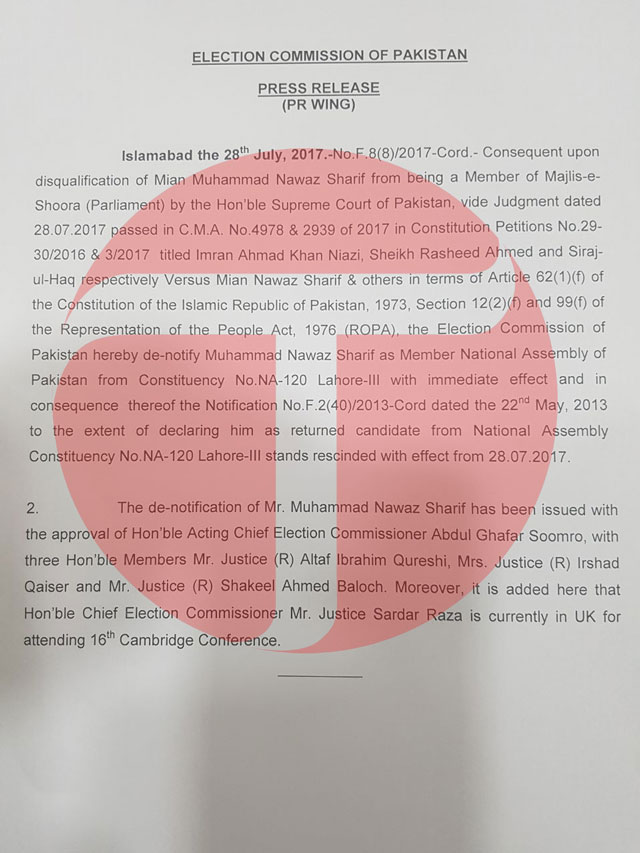 Who could be Pakistan’s next PM?

No Pakistani prime minister has ever completed a full five-year term. Most have seen their tenures cut short by the military or interference from the Supreme Court. Others have been ousted by their own party, forced to resign — or been assassinated.

It is the second time in Pakistan’s 70-year history that the Supreme Court has disqualified a sitting prime minister. In 2012 then-prime minister Yousaf Raza Gilani was disqualified over contempt of court charges for refusing to reopen a corruption case against the sitting president Asif Ali Zardari. The SC’s unceremonious end to Nawaz’s tenure represents a record third time he has been ousted as leader before completing his term.