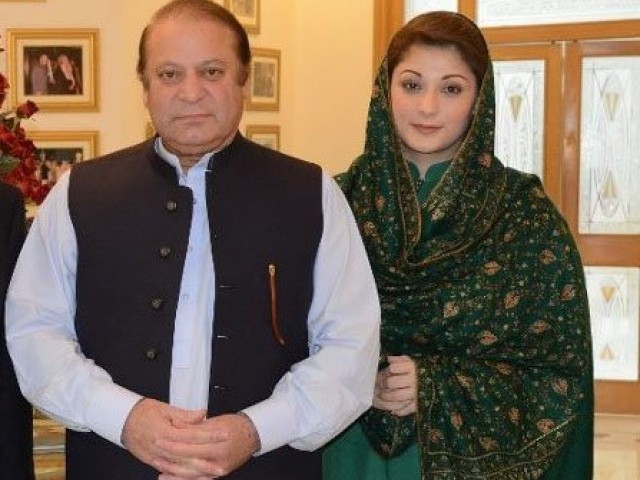 ISLAMABAD: The third round of the Panamagate case – revolving around the offshore properties of the ruling Sharif family – concluded on Friday as a three-judge bench of the apex court reserved its judgment after five days of hearing.

According to a senior law officer, the bench is expected to announce the verdict in a week or two.

The bench took up the case on July 17 after a six-member Joint Investigation Team (JIT) submitted a damning report alleging that Premier Nawaz Sharif and his family possessed assets beyond their known sources of income.

“We will not deviate from any law while delivering the judgment. We are also conscious of the fundamental rights of everyone, including the petitioners and the respondents,” said Justice Azmat Saeed, a member the bench.

The bench, headed by Justice Ejaz Afzal Khan, also assured the counsels for the petitioners that they would consider the question regarding disqualification of Prime Minister Nawaz Sharif under Article 62 (1) (f) of the Constitution.

On Friday, the counsels for the PTI and others contended that Sharif should be disqualified as he had not disclosed that he was an employee in the UAE-based Capital FZE from August 6, 2006 to April 20, 2014. PTI’s attorney Naeem Bukhari said the prime minister had violated his oath by concealing this fact.

Justice Khan asked whether the matter related to Sharif’s employment will be adjudicated in the Supreme Court or the Election Commission of Pakistan (ECP) in view section 12 (2) (f) of ROPA.

Referred to Article 207 of the Constitution that bars the judges from employment, the judge also asked if there was any constitutional provision, which barred the prime minister from getting an employment.

Additional Attorney General Waqar Rana told the bench that there was no expressed constitutional provision imposing any such restriction on the premier.

Legal experts believe there are two key issues involved in this case. Firstly, the bench will rule on the matter related to the Sharif family’s assets beyond known means in view of evidence collected by the JIT.

The court will also adjudicate on the alleged concealment of assets by Sharif and his son-in-law Captain Safdar while submitting their nomination papers for the 2013 polls.

Some legal wizards, particularly those from the PTI, think that in case one of the three judges disqualify Sharif, then it will be considered a majority judgment since two judges of the original five-member bench have already disqualified him in their April 20 verdict.

However, those who keenly observed Panamagate case proceedings believe the three judges in their separate notes of the April 20 verdict had given somewhat divergent views on the applicability of Article 62 (1) (f)  under Article 184 (3) of the Constitution.

Interestingly, Justice Ejaz Afzal Khan in the April 20 order had said, “Let respondent No. 1 (prime minister) go through all the phases of investigation, trial and appeal. We would not leap over such phases in gross violation of Article 25 of the Constitution which is the heart and the soul of the rule of law.”

Justice Khan said that for an individual case, the court would not dispense with due process and thereby undo, obliterate and annihilate its jurisprudence which it built up in centuries.

The judge had also observed that a reading of Articles 62 and 63 of the Constitution and Section 99 of the ROPA would reveal that none of them requires any member of parliament to account for his assets or those of his dependents even if they are disproportionate to his known means of income.

He had noted that Section 12(2)(f) of the ROPA required an MP to disclose his assets and those of his spouse and dependents and not the means whereby such assets were acquired.

“Where none of the provisions of the Constitution or the Act dealing with disqualifications requires a member of parliament to account for his assets and those of his dependents, even if they are disproportionate to his known means of income, how could this court on its own or on a petition of any person under Article 184(3) of the Constitution require him to do that, and declare that he is not honest and ameen if he does not account for such assets,” he added.

He had observed that given Section 9(a)(v) of the Ordinance required the MP to account for his assets and those of his dependents and benamidars if they are disproportionate to his known means of income in a trial before an Accountability Court but not in a proceeding under Article 184(3) of the Constitution.

Another member of bench, Justice Azmat Saeed Sheikh, in his April 20 order had observed that the explanation of the source of funds for acquiring the property is a requirement of Section 9(a)(v) of the NAB Ordinance, which cannot ipso facto migrate into ROPA or the Constitutional provisions on polls.

“We cannot resort to exceptionalism by making a departure from the settled law and inventing a new set of rules merely because Respondent No 1 holds the Office of the Prime Minister. The last time in our legal history, when such a course of action was followed, it had tragic consequences,” he had said.

Justice Sheikh had noted that Article 62(1)(f) of the Constitution cannot be permitted to be used as a tool for political engineering by the court nor should this court arrogation unto itself the power to vet candidates on moral grounds, like a Council of Elders as is done in a neighbouring country.

“Under our Constitutional dispensation, Pakistan is to be governed by the representatives chosen by the people and not chosen by any Institution or a few individuals.”

The third member of the bench, Justice Ijaz ul Ahsan, had, however, adopted a different approach from the two judges. He had said that the new jurisprudence of this court had evolved in the past few years in matters involving fake degrees and dual citizenship held by the Parliamentarians.

The principles regarding exercise of powers under Article 184(3) of the Constitution are undergoing a process of evolution and fresh ground is being broken, he had noted.

“In our opinion, considering the high public office that Respondent No 1 (PM) holds and the requirement of honesty, transparency, clean reputation, unquestionable integrity, financial probity and accountability for a person who holds the highest elected office of the land, it was necessary and incumbent upon Respondent No 1 to place all information, documents and record before this court to clear his own position and that of the members of his family.”

Justice Ahsan had observed that very serious and damaging questions were raised and grave allegations were levelled by the petitioners and the local as well as international media regarding money laundering, tax evasion, graft and misuse of authority on the part of PM and his family.

“Although lofty claims were made by and on behalf of Respondent No 1 regarding readiness and willingness to face accountability and clearing his name, the claims remained hollow rhetoric.”

He had noted that no effort was made either on the part of PM or his sons to come clean, to clear their names, place the true facts and relevant record before the court and the people of Pakistan by producing all documentary evidence,” he had written.

However, the PTI lawyers insist that the situation on applicability of Article 62 (1) (f) of Constitution is different after the JIT’s report on Sharif family’s assets