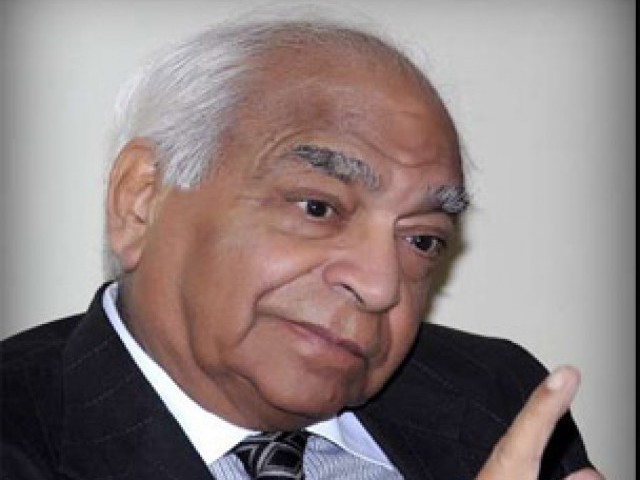 KARACHI: The pioneer of private medical education in the country, Dr Fareeduddin Baqai breathed his last on Monday morning after a prolonged illness.

Born on May 22, 1935 in Delhi, he completed his MBBS from Dow University of Health Sciences, then known as Dow Medical College in 1958.

Dr Baqai migrated from Delhi to Karachi with his mother after Partition. His forefathers migrated from Iran to Delhi during the Mughal rule.

After Aga Khan University, Baqai Medical College was the first private institute established for medical education. “It was the very first window made for students who could not get admissions at public universities,” said the former general secretary of the Pakistan Medical Association, Mirza Ali Azhar. He added that Dr Baqai was the man who laid the first brick of private institutions in the country and made it easy for passionate students to pursue medical education.

Churning out medics: Punjab University to set up medical college

Recalling Dr Baqai’s social work, Ziauddin University Vice-Chancellor Dr Pirzada Qasim Raza Siddiqui said that he had a vision inspiring people who could afford to help the needy to work for equitable distribution of wealth.

“He has done a lot for social outreach, along with his wife Dr Zahida Baqai, by arranging free clinics, establishing schools, colleges and a cadet college,” said Siddiqui, adding that Dr Baqai was a friendly and helpful person who was a man of his word.

“I have known Dr Baqai since 1968, when we use to live as neighbours,” recalled former chief justice of the Federal Shariat Court of Pakistan, Justice Haziqul Khairi. He added that their houses shared a boundary wall and both men began their respective careers at the same time; Dr Baqai as a doctor and Justice Khairi as a lawyer.
The former judge said that both he and Dr Baqai were originally from Delhi and were fond of food and festivities. “We used to have gatherings and parties on Eid,” he recaled. Even after shifting homes, Dr Baqai used to host a lunch every Sunday for his close friends and around 30 people belonging to the fields of education, medicine and the judiciary would attend, recalled Justice Khairi fondly.

“Dr Baqai was a very hardworking man. He built the Baqai Foundation from scratch,” he shared, adding that though he did not have enough money to gain admission to college or school when his family migrated from India, Dr Baqai obtained a poor boys fund and then a scholarship to follow his dreams.

Justice Khairi criticised the media for not highlighting the loss the country has faced due to Dr Baqai’s death and ignoring a man who gave the country so much. Once, Justice Khairi related, he told a private gathering that he had donated money to Hakim Muhammad Said to buy the land where Hamdard University stands today.

Being the pioneer of private medical education in the country, Dr Baqai received lot of resistance and criticism but he continued on, receiving the wounds on behalf of all the private medical and dental colleges in Pakistan. He also established a factory that manufactures syringes in Nooriabad.

The pioneer of medical education started his career in ophthalmology at Spencer Eye Hospital, but soon moved to Jinnah Postgraduate Medical Centre where he got a chance to go England for a fellowship in surgery in 1965.

He obtained his FRCS from Edinburgh and FICS in 1965 and was elected as a Fellow of the College of Physicians and Surgeons (FCPS) in 1993. He also served the Pakistan Navy from 1965 to 1969 and as the surgeon commander at the Combined Military Hospital Rawalpindi during the war in 1971. He was elected secretary of the Pakistan chapter of International College of Surgeons (ICS) in 1965 and president of the chapter in 1993.

Dr Baqai also hosted the Asia Pacific Congress of the ICS in 1985. He served as both the secretary and president of Society of Surgeons of Pakistan. He was the convener of the International Conference of the College of Physicians and Surgeons of Pakistan held in December, 1993. The well-known educationist and doctors had a number of papers to his credit.