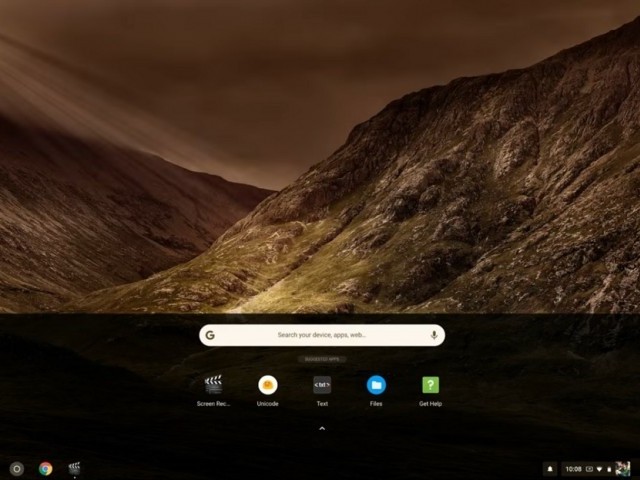 Google’s lightweight Chrome operating software was never meant to be used for a touchscreen laptop. However, the recent popularity of these low specced but fast devices have encouraged manufacturers such as Samsung and Acer to offer Chromebooks with touch functionality.

To accommodate this change, Google is now planning to launch a new touch-friendly Chrome OS that will put these touch compatible devices to good use.

The tech giant recently released a video that shows a redesigned OS with a launcher that nestles at the bottom of the screen and features just a small collection of suggested apps along with a search bar.

A swipe-up on gesture touchscreen Chromebook reveals rest of the apps available on the device. Additionally, users can also activate a voice assistant with a single tap which will open a request in a new window.

It should however be noted that the refreshed launcher is still in its experimental stage at this point and is only present in the Canary channel, which is Google’s test bed for new Chrome OS features.

Have something to add? Please share in the comments below.