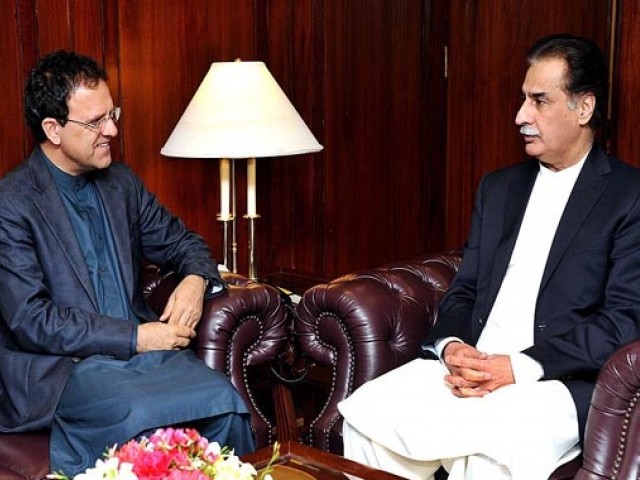 ISLAMABAD: The National Assembly speaker on Thursday told the Afghan envoy that a peaceful and stable Afghanistan is in the vital interest of Pakistan and the region.

Sadiq also told Zakhilwal that Pakistan believes in mutual respect for sovereignty and territorial integrity of its neighbors.

He expressed his desire for enhancing the existing bilateral and parliamentary relations between the two countries. An active engagement of parliamentarians would improve and strengthen bilateral relations, he said.

The speaker also told the envoy that since both the countries are victims of terrorism and extremism, they should devise a joint strategy and closer cooperation to eliminate terrorism.

Zakhilwal stressed the need for enhancing cooperation to strengthen relations between the two countries. He said both the nations “are confronting common threats which need to be addressed jointly”.

The envoy also highlighted the need for comprehensive engagement and collective dialogue for harmonious relations. He said that Pak-Afghan relations “are deep-rooted in stronger people-to-people contact, cultural affinities and shared interests”.