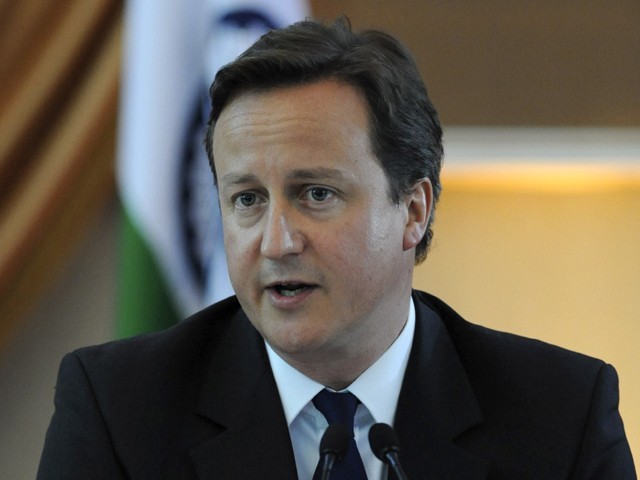 ISLAMABAD: Pakistan has announced on Tuesday that British Prime Minister David Cameron would make his first visit to the country since taking office nearly a year ago.

Cameron’s visit comes nine months after he sailed into a diplomatic row with Pakistan over remarks he made in the country’s arch rival India last July that elements in the Muslim majority country were promoting the “export of terror”.

The Pakistani foreign ministry confirmed Cameron is to arrive in Islamabad for a one-day visit at the invitation of Prime Minister Yousaf Raza Gilani,.

“Pakistan attaches considerable importance to the British prime minister’s visit and to the close cooperative relationship with the United Kingdom,” said the foreign ministry in a statement.

After the damaging diplomatic row, Cameron and Pakistani President Asif Ali Zardari put on a show of unity after talks in London last August, describing the bond between Pakistan and the former colonial power as unbreakable.

Cameron at that time accepted an invitation to visit Islamabad and agreed to a yearly summit to strengthen ties.

But Zardari later admitted that Cameron’s comments had hurt him, not least because his wife, former prime minister Benazir Bhutto, had been assassinated in a gun and suicide attack in 2007.

Earlier this year, the Cameron government moved to ban the Pakistani Taliban, making membership a criminal offence and rendering illegal any attempts to raise money for the group in the country.