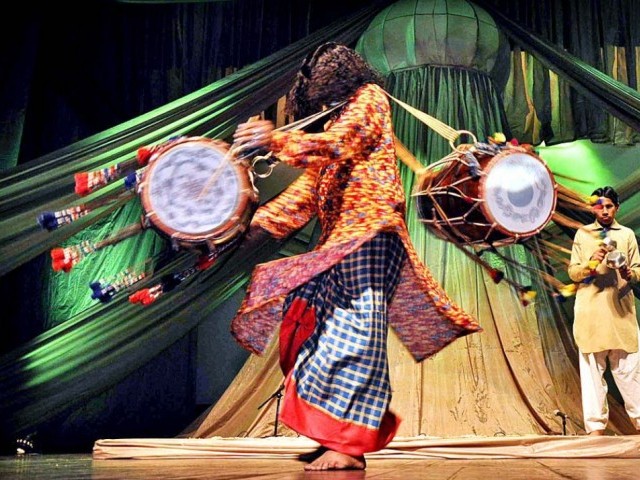 Speakers agreed there is a growing intolerance in us for the past many years, as a society. PHOTO: APP

KARACHI: The teachings of Sufism are the only way forward to attain peace and counter extremism in the society, said participants at a session, titled ‘Counter Cultural Narratives and Discourses Against Religiosity and Extremist Ideologies’, at the Third International Sufi Conference on Friday.

The participants included Dr Kanika Sharma of University of London’s School of Oriental and African Studies, an assistant professor at the National Institute of Pakistan Studies in Quaid-i-Azam University (QAU), Dr Saeed Ahmed, and Laila Adam Khan and Dr Rafiullah Khan, who were also from QAU.

It is not right to associate extremism with religion alone, Dr Sharma said, adding that India, which has been a secular country, is coming under the grip of extremism and the idea of secularism is losing its grip on society.

She added that India has been a relatively tolerant country but the current situation should worry the sane voices of the Indian society. If such a situation continues, it can be dangerous for the Indian society, she said. However, she believed with the message of love that we find in Sufism, people can learn to build tolerance for each other.

As a society, there is growing intolerance in us for the past many years but we must spread the teachings of Sufism to counter this, Ahmed said.

It is only possible to achieve our goal of making a society that respects every faith by following the path of the Sufi discourse, he said.
Khan spoke on how Sufism itself is under attack in the country. She gave the example of Khyber-Pakhtunkhwa where a number of Sufi shrines have been under attack, which sends a message that Sufism is rejected by the extremist mindset.

However, there is a need to continue Sufism and its teachings, she said.