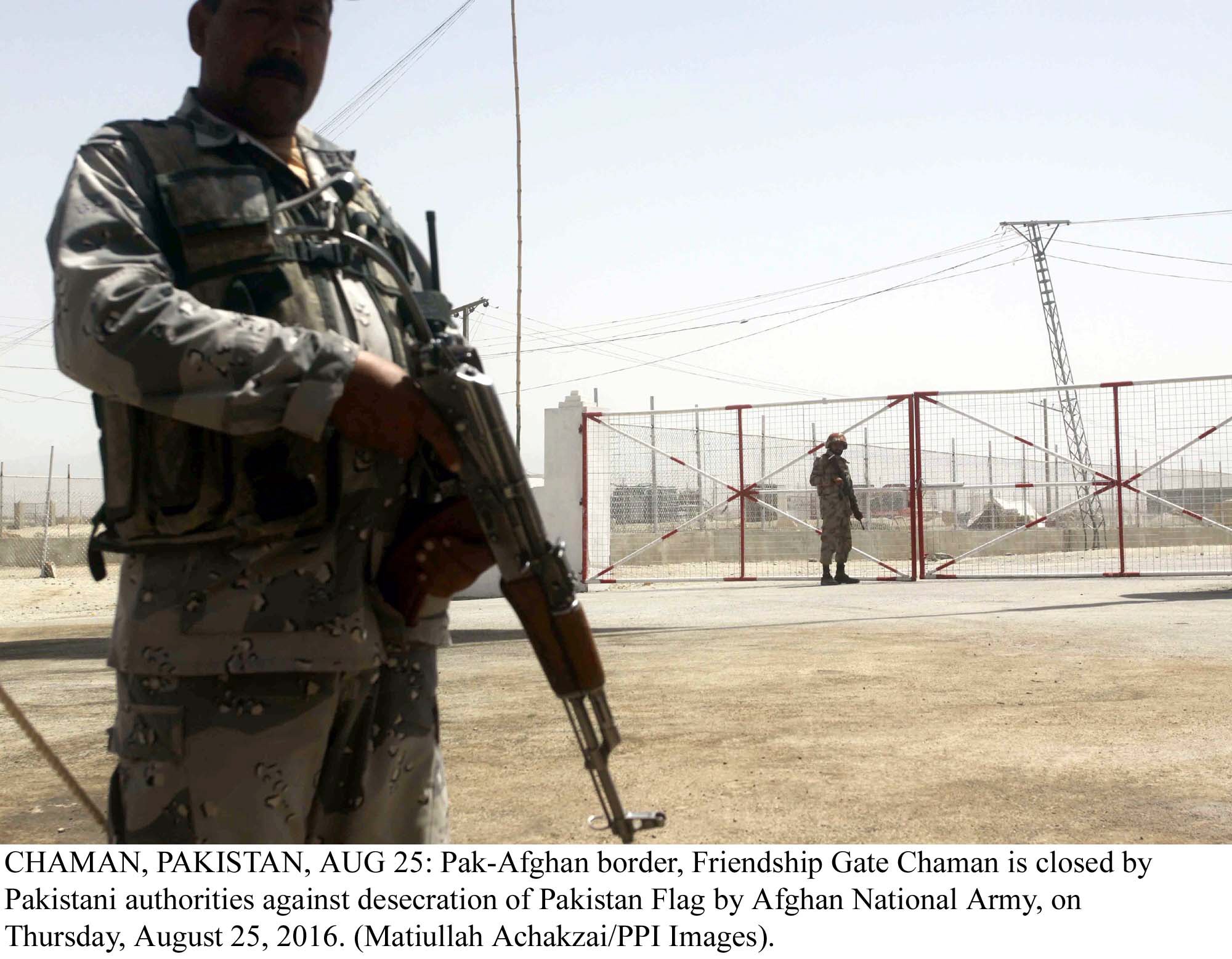 The Afghan forces used heavy artillery to fire upon the Pakistani side of the border. PHOTO: PPI

QUETTA/ISLAMABAD/LANDIKOTAL: At least 10 people, including women, children and a Frontier Corps (FC) man, were killed and 47 injured after Afghan border forces resorted to ‘unprovoked’ firing at Pakistani troops guarding a census team on Friday.

The incident occurred in the Killi Luqman and Killi Jahangir villages of Chaman, which straddle the border and have been a source of controversy between Afghanistan and Pakistan. Kabul claims the villages are part of the war-torn country’s Spin Boldak district, an assertion Pakistan flatly denies.

“Since April 30, Afghan Border Police has been creating hurdles in the conduct of census in divided villages of Killi Luqman and Killi Jahangir in Chaman area on the Pakistani side of the border… despite the fact that Afghan authorities were informed well in advance and coordination was carried out through diplomatic and military channels for conduct of census,” the military’s media wing added.

Pakistani forces deployed in Chaman returned fire and injured two Afghan security officials. Both sides rushed reinforcements to the border and Pakistani authorities closed the Chaman crossing indefinitely once again. Pakistan had closed the border with Afghanistan for a month after a series of terrorist attacks across the country left around 100 people dead.

An emergency was declared at the government-run hospital in Chaman where the deceased and most of the wounded were taken to.

“Nine bodies of women, children and men have been brought here so far,” Dr Muhammad Akhtar, the hospital’s deputy superintendent, said. “Forty-seven injured, including four FC men, were also brought to the hospital,” he told The Express Tribune.

“Four children, two women and three men were killed in the attack. All of them were civilians,” Dr Akhtar added.

One of the four FC personnel injured in the attack succumbed to his injuries during treatment late on Friday night, taking the death toll to 10.

Commissioner Quetta Division Amjad Ali Khan also confirmed the killing of 10 people and injuries to at least 47 others, including women and children.

“Seven people with serious injuries have been admitted to the trauma centre,” said Civil Hospital, Quetta Medical Superintendent Dr Fareed Sumalani. “Most of them were injured in heavy exchange of fire from early morning till late afternoon.”

“Mortar shells killed and injured people in Bograh and Guldan areas on the outskirts of Chaman,” a senior police officer Sajid Mohmand said.

“A mortar shell hit a house on the outskirts of Chaman town, injuring three persons,” a senior security official said, adding that the majority of the people killed and injured were hit by mortar shells.

The residents of Killi Luqman, Killi Jahangir and Badshah Adda Kahol of Killa Abdullah evacuated their homes after the heavy shelling, he said, adding that many houses were damaged in the attack.

Balochistan Chief Minister Nawab Sanaullah Zehri has strongly condemned the attack by Afghan forces. He said, “Moral of the Chaman people is high despite the attack.”

He paid a visit to the Civil Hospital, Quetta and inquired after the health of the injured. He announced Rs150 million aid for the people affected by the Afghan forces’ attack.

The Quetta commissioner also said the people who have been rendered homeless will be aided. “Tents and relief goods are being provided to the homeless families,” he said.

A large number of people evacuated their homes and shifted to Chaman and other towns of Killa Abdullah.

Measures have been taken for the safety of the people.

“All schools and educational institutions have been closed in the entire district,” Deputy Commissioner Qaiser Khan Nasir said.

Following the bloody clashes at the border, army troops moved towards the border to beef up security, an official announcement said.

The interior minister strongly condemned the firing incident initiated by the Afghan forces and observed that the security agencies of Afghan government, who cannot control their own territory, have set a bad precedent by cross-border shelling, targeting innocent civilians.

He said the valiant response from the Pakistan Army and FC to this unprovoked cross-border shelling would discourage such tendencies in the future.

Nisar expressed his heartfelt condolence over the martyrdom of an FC personnel.

The interior minister said the action of the Afghan forces – at the behest of someone else – was neutralised as a result of effective and immediate response from the army and FC.

After skirmishes on the Chaman side, security officials said Pakistani posts on Torkham also came under fire from Afghanistan. The Pakistan Army retaliated in the same fashion.

There was an initial announcement to close down the Torkham border and a curfew was clamped, but a second order said business will continue as routine on Saturday (today).

A senior official of the Federally Administered Tribal Areas Secretariat told The Express Tribune that the firing started from the Afghan side on posts in Torkham border from Shamshad Sar Post up to Javed Post (Afghan posts). Pakistani troops had retaliated from Ayub Chota Frontier, Torkham. Small and heavy weapons were used. Firing started at about 8:30pm and lasted for 40 minutes. There were no reports of casualty or loss, said the official.

Ukraine finds a ‘reliable and practical’ friend in Pakistan