The 86-year-old school was brough­t to rubble by uniden­tified person­s on Sunday­
By YUSRA SALIM
Published: April 10, 2017
Tweet Email 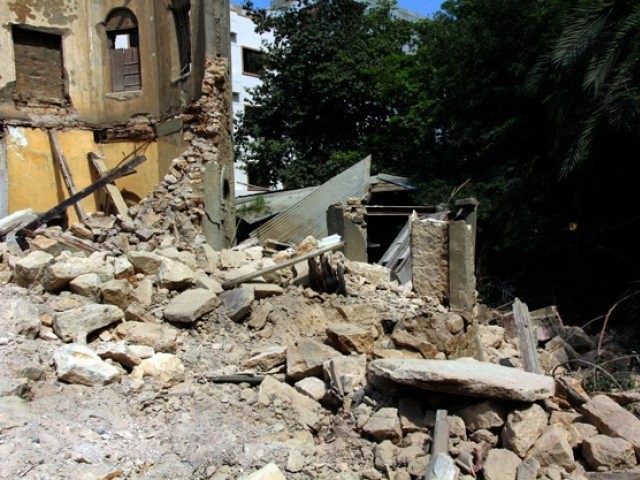 The building demolished on Saturday night was included in the list of protected heritage sites. PHOTO: ATHAR KHAN/EXPRESS

The 86-year-old school was reduced to rubble on Sunday night as police played the role of spectator.

“We have to submit a report to the IG within three days for which we have to take eyewitnesses’ accounts,” Pathan said and added, “we have suspended the officer before beginning an investigation.”

SHO Irshad Soomro was suspended after the principal said that he and other personnel were at the scene but did nothing when the building was being demolished. 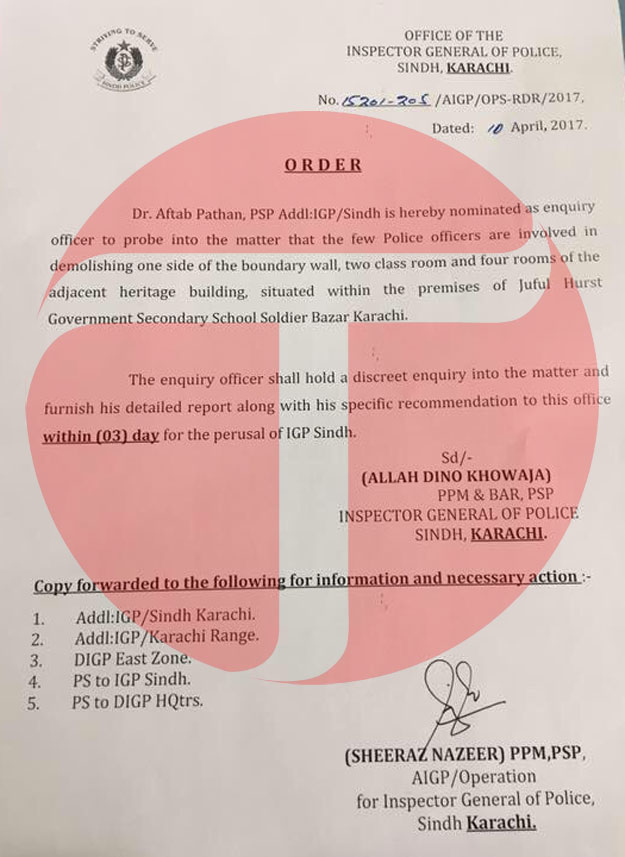 A First Information Report (FIR) was registered after the Secretary Schools Education Department Abdul Aziz Uqaili requested the same in a letter to Sindh IG on Sunday. The principle building is a declared heritage site but the land mafia has been trying to get a hold of it to build a high rise for the last two years, he said.

Meanwhile, a resolution was submitted in the Sindh Assembly by Muttahida Qaumi Movement-Pakistan’s (MQM-P) leaders Faisal Subzwari and Sardar Ahmad, demanding punishment for the culprits.

Deputy Mayor Arshad Vohra and Minister for Education and Literacy Department Jam Mehtab Hussain Dahar also visited the school and assured officials that the culprits will be held accountable.

D’Abreo, a Goan-Portuguese Catholic woman, built the school on her own property and lived in it until she breathed her last 15 years ago. The compound of Jufelhurst School, which covered an area of 5,704 square-yards, is situated on Shahani Street near Gurumandir. 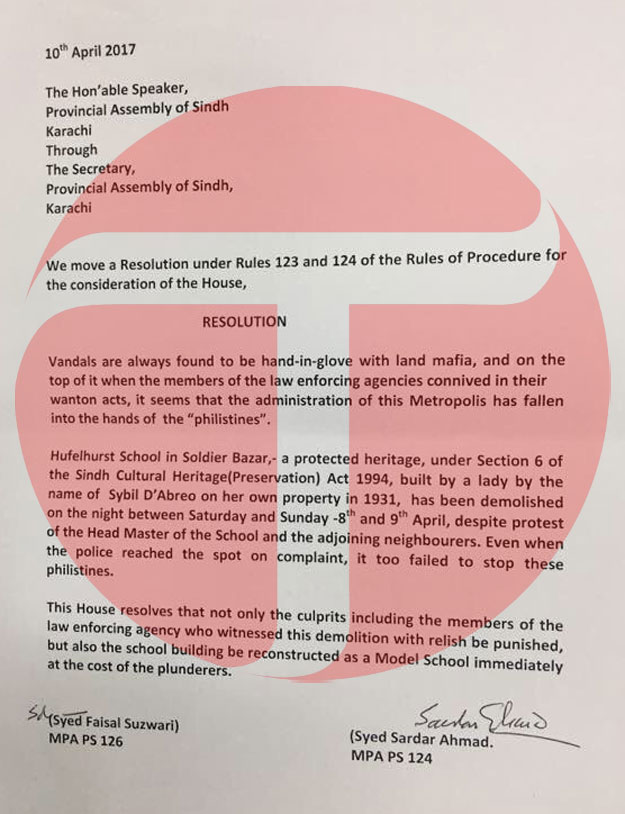