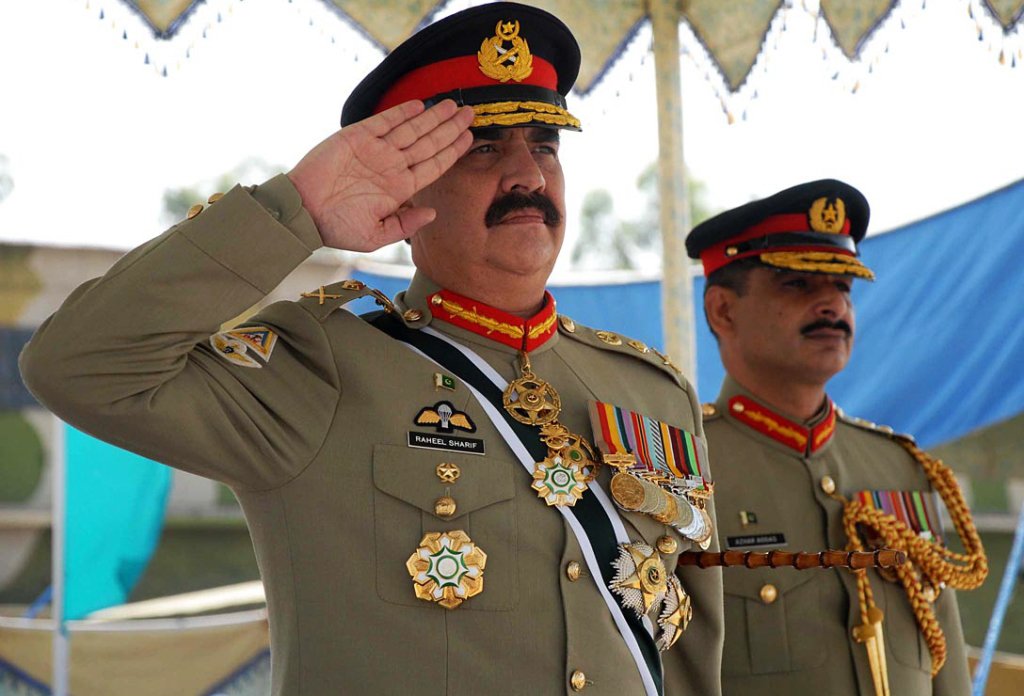 “Gen (retd) Raheel Sharif did not submit any application for a no objection certificate (NOC). There’s nothing in our notice,” the defence minister said in response to Senate chairman Raza Rabbani’s request for a clarification on the matter.

If the former COAS applies for the NOC, it will be decided according to the law, said Asif, adding Gen (retd) Raheel had returned to the country after performing Umrah.

In 2015, Saudi Arabia had announced the formation of a 34-state Islamic military coalition to combat terrorism and Pakistan was made a member of the coalition. Riyadh and its Gulf Arab neighbours have been locked in months of warfare with Iran-allied rebels in neighbouring Yemen, launching hundreds of air strikes there.

“I did not have complete information then…was not prepared for the question,” Asif told Geo News, explaining his earlier statement. “Neither the Saudi government nor Raheel Sharif have approached us. As of now, we have not been confronted with such a situation.”

Questioning whether the government’s permission was sought before the former army chief ‘accepted’ the role, Rabbani had asked Asif as to who confirmed his appointment and what the rules were for a retired military officer to take up such a position.

Rabbani sought a clarification from the Defence Ministry as to “whether any no objection certificate (NoC) was ever issued to Gen (retd) Raheel before he embarked upon a journey for a job in Saudi Arabia and if issued, who did so. And was the government taken into confidence in this context?”

This museum in Amritsar revisits horrors of Partition