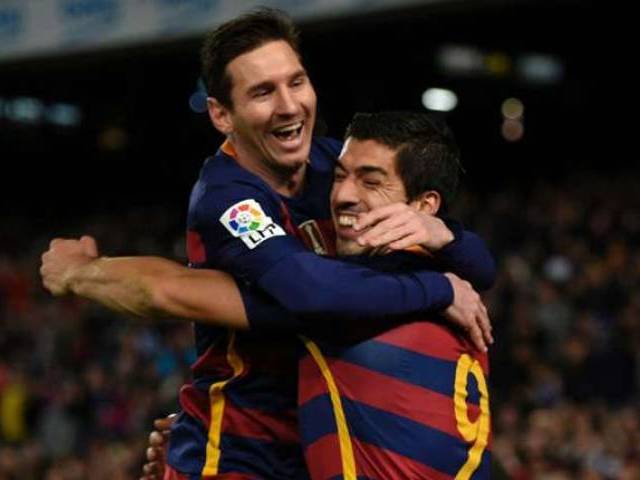 Barcelona forward Luis Suarez said on Friday that he believes his club teammate Lionel Messi is the best player on the planet.

The Uruguayan international does not believe that Cristiano Ronaldo’s trophy-winning exploits with Real Madrid and Portugal should result in him taking the Ballon d’Or off the Argentine.

The successful campaigns in UEFA Champions League and Euro 2016 have established the former Manchester United forward as a strong favourite for this year’s award, with Barcelona star Neymar saying last week that he expects Ronaldo to scoop the gong.

But Suarez is in no doubt that his teammate Messi remains the pre-eminent performer in world football.

“It is true that [Ronaldo] won those trophies, but for me there is no question that Messi is the best player in the world,” he said.

“Whether or not he wins that prize, he is the best player by far. He has more of an effect on the game than anyone one else.

“He couldn’t win the Copa America with Argentina, but he has won so many titles with Barcelona and I think that he deserves the Ballon d’Or.”

This article initially appeared on Goal.com