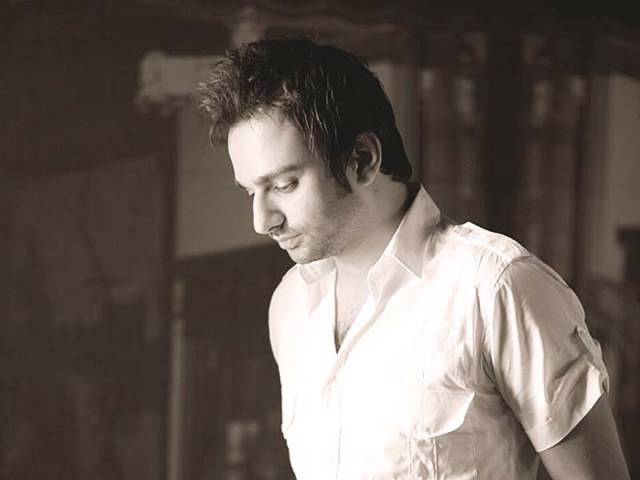 Ali is also working on a studio album that will be out soon. PHOTO: FILE

KARACHI: Following years of losing out on opportunities and not being in the limelight, singer Ali Khan of Saathiya fame is set to make a comeback in the upcoming Coke Studio 9.

Often called a one-hit wonder, the musician hopes to wow his doubters and prove them wrong with his return. “I want to reclaim my throne with my comeback,” he told The Express Tribune.

Last year, he almost signed for Coke Studio 8, following a meeting with co-producer Faisal Kapadia. However, soon after, reports about Ali’s music not being ‘Coke Studio type’ became the talk of town. Clarifying his position, Ali stated, “It’s not that they didn’t like my music but I believe the producers were more inclined toward Sufi music last season, whereas I produce pop music. I mean they liked my music, that’s why I am back now, isn’t it?”

Ali has high expectations from his involvement in Coke Studio and hopes the audience will appreciate his music. He feels his recent releases have pretty much gone unnoticed.

“The situation in Pakistan has been quite strange for the past few years. It would have been weird if I sang love songs amidst such tense situation,” added Ali, revealing he released some music online but it didn’t garner much attention.

In 2011, Ali returned with another hit, Koi Aye Na, for its namesake Bollywood film. Asked whether he plans to try his luck in Bollywood, he added, “There are plans to go back. I cannot say anything right now, but yes, I hope to work with Indian artists again.” Currently, he is working on a studio album which he hopes to release soon.

Meanwhile, the singer is working at a media channel, and producing music to keep his creative spark alive. He released two English songs through ISINA, a competition for musicians from across the world. One of the songs, Shamman Paiyan Tere Bina, which paid tribute to Nusrat Fateh Ali Khan and British-Indian music producer Nitin Sawhney, ranked 7th on the worldwide charts on ISINA. His second single Memories also received great appreciation.

Following the success of Saathiya, even though the young singer received his fair share of criticism regarding his voice and clichéd music video ideas, all eyes were on him. He caught attention of the fans and producers alike. Soon enough, Ali negotiated a three-album contract with Tips Music India, worth INR37.5 million. Eager to cash in on his potential and please a much wider audience, Ali began producing music for his albums.

But the 2008 Mumbai attacks changed everything. Even as things didn’t go as he wished, Ali remains quite optimistic for the future, now that it looks brighter than ever for the artist who wants to regain his former glory. “It has been a rollercoaster ride. I have already hit rock bottom, “quipped Ali. “Now the only way to go is up.”