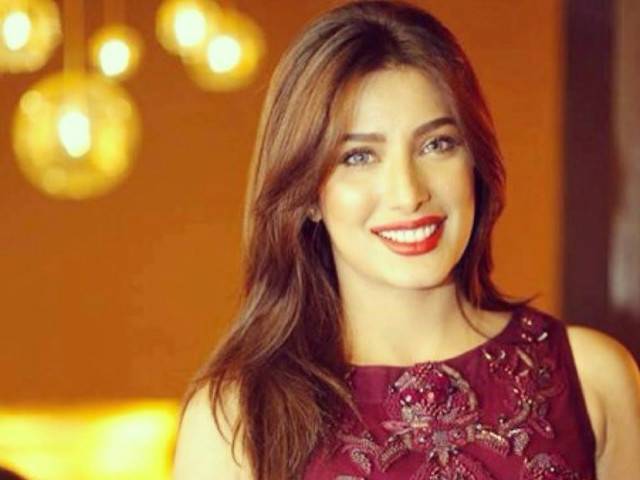 The actor features in a song alongside music producer Shiraz Uppal. PHOTO: FASHIONCENTRAL

KARACHI: Throughout its eight seasons, one aspect that has remained constant about Coke Studio is it’s female vocal powerhouses.

From Meesha Shafi and Fariha Pervez to Zeb Bangash and Sanam Marvi, most of the women appearing on the show have left listeners impressed.

While the experiment of having renowned actors-cum-musicians appear on the show as either featuring artists or background singers has yielded mixed results for both Rohail Hyatt and Strings, incoming producer for the show’s ninth edition, Shiraz Uppal, seems to continue with the tradition.

Actor-dancer Mehwish Hayat is set to grace the biggest music show of the country with her singing prowess.

Talking to The Express Tribune, a source close to Coke Studio 9 said, “Mehwish [Hayat] has featured in a track alongside Shiraz Uppal with the latter also serving as the producer.”

Another member of the show’s production crew stated, “Mehwish has done an impressive job as a singer as she was able to hold her own opposite Shiraz.”

This is not the first time that the actor has stepped inside the recording studio as she has previously recorded OSTs and theme songs for numerous television serials.

There is a need for more shows like Coke Studio: Arif Lohar

Aside from singing for OSTs, she also performed a cover version of the Adele-track, Rolling in the Deep during a live morning show.

Despite numerous attempts, both Uppal and Hayat could not be reached for a comment.

She will next be seen opposite Fahad Mustafa and Om Puri in the Nabeel Qureshi-directed comedy film, Actor In Law.

Her film JPNA went on to become the highest-grossing Pakistani film of all time, earning approximately Rs 464.4 million worldwide.

I have said no to Coke Studio: Atif

It is pertinent to mention that in the past, artists primarily known for their acting, hosting and modelling talents have appeared on the show.

Actor Ayesha Omar appeared in Season 6, singing Laage Re Nain whereas VJ Komal Rizvi sang Daanah Pah Daanah alongside Akhtar Chanal in Season 4 and Washmallay with Momin Durrani in Season 7. Actor Sanam Saeed has also been part of the show in the capacity of a backing vocalist.