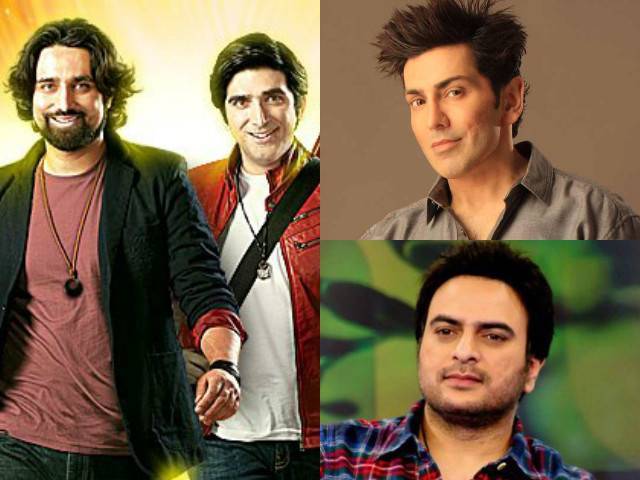 KARACHI: A few months after Coke Studio 8 drew to a close, rumours were rife that producers Strings were mulling a format similar to that of the show’s Indian counterpart — Coke Studio @ MTV.

Weeks later, multiple sources confirmed that the show’s ninth edition would in fact be helmed by not one but six different producers, with Strings likely to assume the role of mentors.

Production for the upcoming season has wrapped up only recently and it was only a matter of time before the line-up was revealed. According to sources close to The Express Tribune, Coke Studio 9 is expected to feature a host of Pakistani musicians, offering a nice mix of both the old and the new. With over 30 artists in the show this year, one can easily say that the upcoming season will be Coke Studio’s grandest outing by far.

As reported earlier, Noori, Jaffer Zaidi, Shuja Haider, Shani Arshad, Shiraz Uppal and Faakhir will take charge as music producers. While the line-up is still subject to change, here’s a scoop on what each producer has to offer.

No strangers to the platform, rock band Noori are marking their third appearance on the show and the first since Rohail Hyatt’s departure. A member of the show’s production crew stated that the Noori-produced set list features Symt vocalist Haroon Shahid, Qurat-ul-Ain Balouch (QB), Call singer Junaid Khan, Momina Mustehsan and Zeb Bangash. Appearing in almost all their songs, Noori will themselves sing two, with one of them also featuring the mother of duo Ali Noor and Ali Hamza, Noor Zehra, playing the sagar veena. “The brothers [Ali Hamza and Ali Noor] have played the guitar on the songs they have produced and will be seen onscreen,” said a Coke Studio 9 featuring artist, requesting anonymity.

While Haroon will team up with QB, Junaid and Momina will also collaborate for their song. Zeb, on the other hand, is going to sing a solo track. Another featuring artist from Coke Studio 9, requesting anonymity, said, “Audiences would find Noori’s sound very similar to that of Strings from the previous season,” the artist added. The band’s drummer Kami Paul will take charge of the drums for all their tracks.

When approached, Noor refrained from commenting.

In an earlier interview with The Express Tribune, Azmat had said, “I have received another call from Coke Studio to do a song for their upcoming season.”

A source said, “Ali Azmat and Javed Bashir are going to be featuring in a song together. The song will start off as a rock number and will lead into a qawwali by Javed Bashir.”

Both Sanam and Zahoor would be making a comeback to the show after a gap of three years. “Javed Bashir and Ali Khan are also going to be singing two solo tracks,” revealed a member of the production team. While Jaffer will play the piano on his tracks, unlike other producers, he will not be singing this season. The producer was not available for a comment.

Shuja Haider’s roster of musicians includes Meesha Shafi, Naeem Abbas Rufi, Momina Mustehsan, Umair Jaswal and Ustad Rahat Fateh Ali Khan. Talking to The Express Tribune, Shuja had confirmed his participation in the upcoming season. Not willing to divulge details about his line-up or songs, he remarked, “Coke Studio 9 will be a real game-changer for Pakistani music.” While he will be seen playing the keyboard, Shuja will also sing one of his tracks.

One can say that Shani Arshad’s is one of the most diverse and star-studded line-ups this season. A heads-up for qawwali enthusiasts — Rahat and Amjad Sabri will sing a qawwali together for the first time ever. To top it off, the legendary Abida Parveen is also part of Shani’s line-up and so is upcoming singer Ali Sethi. Sara Haider would be featuring on a track being sung by a Nescafe Basement-singer and Shani will himself sing a duet with Meesha.

A source close to Shani revealed that the qawwali that has been produced by him was to be initially recorded by Jaffer. But Jaffer’s unavailability resulted in Shani stepping in as producer for the song.

Despite multiple attempts, Shani was not available for a comment.

Shiraz Uppal recently made headlines when it was revealed that he was the chief architect of season 8’s runaway hit Tajdar-e-Haram. Season 9 would mark Uppal’s debut as both singer and producer. His line-up includes Mehwish Hayat and Allah Tera Shukriya-singer Rafaqat Ali Khan; he will be singing duets alongside both.

On the other hand, Naseebo Lal and Umair Jaswal are also part of the line-up and have reportedly collaborated for a track. Spokesperson and husband of Naseebo Lal confirmed their participation on the show, saying, “We had an excellent time working with Shiraz Uppal sahab and have recorded two songs this season.”

“Two other singers Asif and Danish are also part of Shiraz’s team,” a source close to Shiraz said. While the producer will play the keyboard for his tracks, unlike other producers, he brought his own session players and did not utilise the services of the show’s house band. Shiraz too, was not available for a comment.

Coke Studio 9 also marks Faakhir’s debut on the show as both singer and producer. Artist’s featuring on the tracks produced by him include Zeb, Rahat and Lahore-based singer Damia Farooq. The former Awaz member will also be seen in a song alongside singer Natasha. The producer would also be doubling up as a keyboardist for his songs. He could not be reached for a comment.

A notable absentee from this season is percussionist Sikandar Mufti. Drummer Ahad Nayani, on the other hand, has played for majority of the songs.

Another house band member to have been replaced is harmonium player Arsalan Ali. Nadeem will take his seat.

Among the backing vocalists, only Rachel Viccaji has managed to retain her position, with Shahab and Sounds of Kolachi-singer Nimra Rafiq replacing Sara and Momin Durrani.

5 iftar places to try in Islamabad