All childr­en betwee­n ages of five and 16 years must be given free educat­ion, says the law
By Naeem Sahoutara
Published: March 20, 2016
Tweet Email 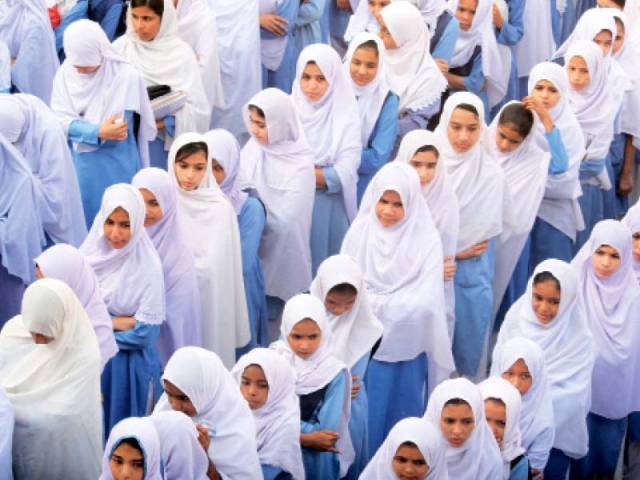 The right to education law that makes it mandatory for all children between the ages of five and 16 years to go to school is yet to be implemented. PHOTO: FILE

KARACHI: The right to education law that makes it mandatory for all children between the ages of five and 16 years to go to school has yet to be implemented and the courts want to know what is causing the delay.

The Sindh High Court (SHC) sought comments from the federal ministry of education and training as well as the provincial education and literacy department on a petition seeking establishment of new schools and provision of free compulsory education to children across the province.

A non-profit organisation, Public Interest Law Association of Pakistan, had gone to court seeking enforcement of the Sindh Right of Children to Free and Compulsory Education Act, 2013. It named the secretaries of the ministry of education and training and the provincial education and literacy department as respondents.

The group’s secretary, Summaiya Zaidi, pleaded the court direct the respondents implement provisions of the Sindh Act No. XIV of 2013, named as Sindh Right of Children to Free and Compulsory Education Act, 2013.

In the plea, she stated that Sindh government had enacted the Sindh Right of Children to Free and Compulsory Education Act, 2013, after the 18th Amendment to the Constitution devolved education to the provinces. “This act provides for free and compulsory education for children aged from five years to 16 years,” said the petitioner’s lawyer, adding that the act does not differentiate between children on the basis of sex or race.

He further explained that Section 6 of the act makes it mandatory for the government and the relevant local authority to establish schools where there don’t exist any. This should be done within two years of the commencement of this act, he pointed out. Such schools will be established on the basis of feasibility reports prepared by the notified office, he added.

The lawyer referred to various other provisions of the act and submitted that the Sindh government had issued Sindh Education Sector Plan 2014-2018 to implement the act but there has been no useful progress so far.

The court was pleaded to direct the federal and provincial authorities concerned to ensure the provision of free and compulsory education to children.

After hearing the initial arguments, the bench issued notices to the secretaries of the ministry of education and training and provincial education and literacy department. Also, notices were issued to the provincial advocate-general and deputy attorney general for a date to be fixed after two weeks.

“In the meanwhile, comments shall be filed by the respondents before the next date,” ordered the bench.