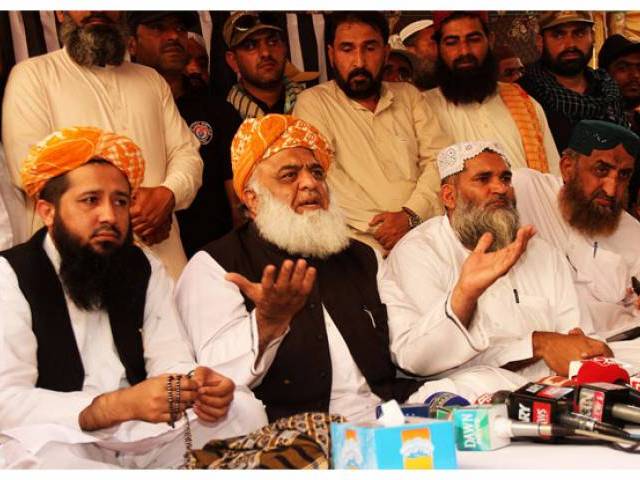 Jamiat Ulema-e-Islam – Fazl (JUI-F) will not oppose Prime Minister Nawaz Sharif if he decides to extend the service of General Raheel Sharif, the party’s chief told reporters on Saturday.

“The matter of the army chief’s extension has been made unnecessarily controversial,” Maulana Fazlur Rehman said while talking to the media in Hyderabad.

“The army chief commands great respect in the nation,” Fazl said, emphasising that the federal government should be allowed to make a decision regarding the matter.

Meanwhile, the JUI-F chief lambasted the Punjab Assembly for passing the Punjab Protection of Women against Violence Bill. “The bill is contemptible. It has been passed to demonstrate the blind following of American and European cultures. It goes against Sharia and the norms of our society,” he said. “Today we are again being made a colony of the Americans and the British,” he added.

Fazl pointed out that Pakistan Muslim League-Nawaz had opposed a similar law titled the ‘Women Protection Bill’ when Pervez Musharraf’s regime brought it before the assembly. “Men will be made to wear bangles like a tracker,” he said.

Conspiracies being hatched against NCHR: Chowhan