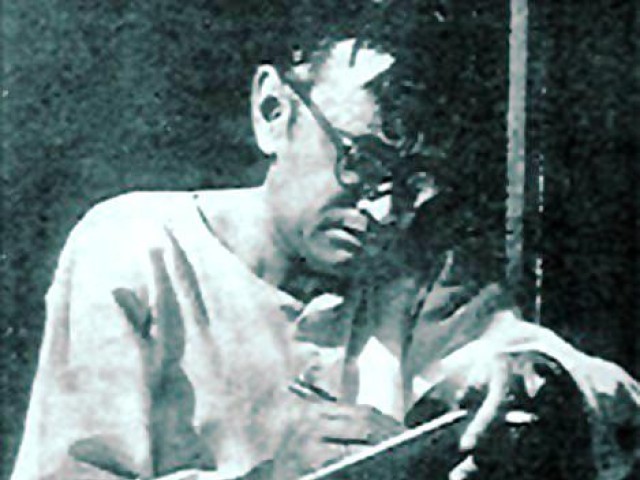 Manto was the leading Urdu short-story writer of the twentieth century.

Manto was the leading Urdu short-story writer of the twentieth century. He was a journalist, critic and film writer.

Manto is often compared with DH Lawrence, an English writer. His topics range from the socio-economic injustice prevailing in pre and post-colonial era, to the more controversial topics of love, sex, incest, prostitution and the typical hypocrisy of a traditional male.

Manto was also known for his detestation of communalism, hypocrisy of believers, and exploitation of women and bloodshed on the eve of partition of India. He stood for humanism and exposed the characterless elite of his times. He was considered persona non grata in a newly liberated Pakistan because of his stories like Toba Tek Singh.

Manto was too hard to swallow for people who want to dilute the truth. So subversive was his work considered that it led to him being banned for many years. After producing remarkable pieces of art simultaneously, Manto embarked on a journey of self-destruction. The substandard alcohol that he consumed destroyed his liver and in the winter of 1955 he fell victim to liver cirrhosis.

On January 18, 2005 the 50th anniversary of his death, Manto was commemorated on a Pakistani postage stamp.