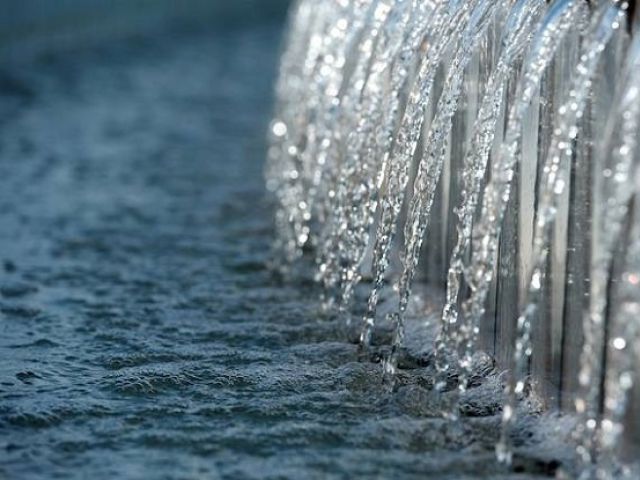 ISLAMABAD: Water security in the federal capital is fast becoming a major challenge, and in the next five years it will dangle over the heads of civic authorities like the sword of Damocles.

Delay in construction of new reservoirs and overdue rehabilitation of decades-old rusting underground supply network have added to the worries of the city authorities, who estimate that by 2020 the city needs would surge to 246.79 million gallons per day (mgd).

Water security challenges both the rural as well as urban parts of the capital – indeed the situation is more complex in urban Islamabad.

Calculations worked out by a private firm for an estimated 2.6 million population of the Islamabad Capital Territory (ICT) in 2020, the aggregate water demand will be 214.60mgd.

The study says distribution losses in the next five years will also increase from the current 27.55mgd to 32.19mgd, thus putting the actual demand at 246.79mgd. This figure includes 155.15mgd of domestic demand, and 59.45mgd of non-domestic demand.

At present, the actual demand for Islamabad’s 2.2 million residents is 211.22mgd.

In the rural areas, almost 60 schemes are being operated by ICT’s Local Government and Rural development (LG&RD) through committees established at the union council-level to meet 86mgd.

Supply in urban areas, comprising of sectoral areas and model villages, is the responsibility of the CDA. Demand in urban area goes as high as 125mgd in peak summer season.

However, the CDA supplies up to 75mgd from Simly and Khanpur dams, four small schemes and over 70 tubewells. The study conducted by M.M. Pakistan suggested that at present, a large quantity, almost 27.6mgd, is going waste due to rusting underground infrastructure.

The CDA member of engineering, Shahid Sohail, who heads water supply directorate of the authority, said that in urban area nearly 35 per cent of the total supplied water went unaccounted for. He said that it included water wasted due to leakages and theft.

“Underground water supply network has become overburdened due to irregularly growing of population. It’s unable to meet current requirements,” Sohail said, adding according to estimates a whooping Rs10 billion would be required to overhaul the existing network.

On the other hand, when it comes to tapping new water resources or construction of new reservoirs, the situation is even worse. Neither the departments nor the government is paying any attention towards the issue.

The federal cabinet in 2004 had decided that a long-term solution was needed. Initially two sources were focused upon — Indus River upstream of Tarbela Dam and Jhelum River and upstream of Mangla Dam.

In April 2005, the CDA assigned a case study to MM Pakistan and Mott MacDonald, UK.

Conduction of water from Tarbela had been found as the optimal choice to meet present demand and future requirement on long-term basis.

The Council of Common Interest (CCI) in June 2011 had also approved water allocation (400 cusecs) for phase-I of the project.

The studies made by the consultants were gotten reviewed from various Chinese companies. The estimates suggest an amount of $1.2 billion will be required for implementation of the project.

However, the project was abandoned due to heavy cost.

Similarly, there seems no progress on the construction of Chirah Dam, which is deemed a short-term solution to the problem.

The approval of PC-I and execution of the dam is the responsibility of the Punjab Small Dams Organisation.

CDA is supposed to contribute the cost of construction on equal sharing basis with the Punjab government, while in response the CDA would draw 7.5mgd from it.