Mirza announ­ces that he is trying to get his party regist­ered at the earlie­st
By Our Correspondents
Published: November 25, 2015
Tweet Email 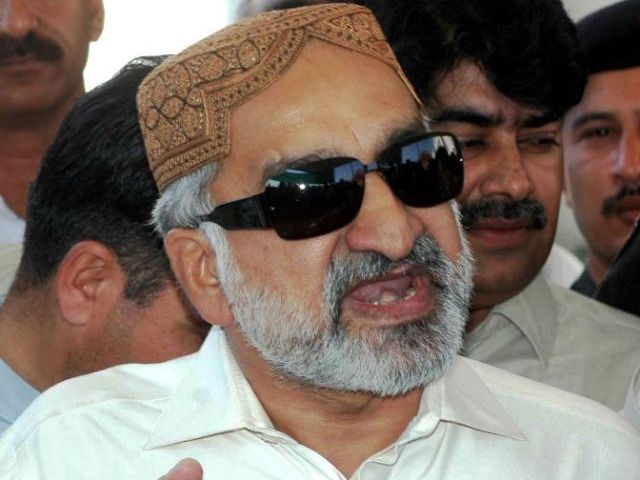 The Pakistan Muslim League – Functional (PML-F) will likely form the local councils in Badin, if Zulfiqar Mirza does not succeed in acquiring registration of a new political party from the Election Commission of Pakistan (ECP).

Speaking to the media on Monday night, Mirza announced that he is trying to get his party registered at the earliest. “But if the party is not registered, the independent candidates of my group will join the PML-F,” he added. According to the law, after ECP notifies the winning independent candidates, they have to join a political party within seven days. However, Mirza has time till the completion of the third phase of the local government (LG) elections, which will be held on December 5 in Karachi. The ECP will collectively notify the winners of the first, second and third phases.

Mirza’s group and his allies won a slight majority over the Pakistan Peoples Party (PPP) in the Badin District Council, while they swept Badin municipal committee and three town committees. Denying the reports that he is considering forming a new faction of the PPP, Mirza said that many factions have already been formed in the party. “I do not want to further rip this body into more pieces,” he added. Mirza vowed to give a similar competition to the PPP in Lyari, Keamari, Malir and Korangi, in the third phase of the LG polls.

Electioneering: JI holds rally for the people of Korangi, Landhi