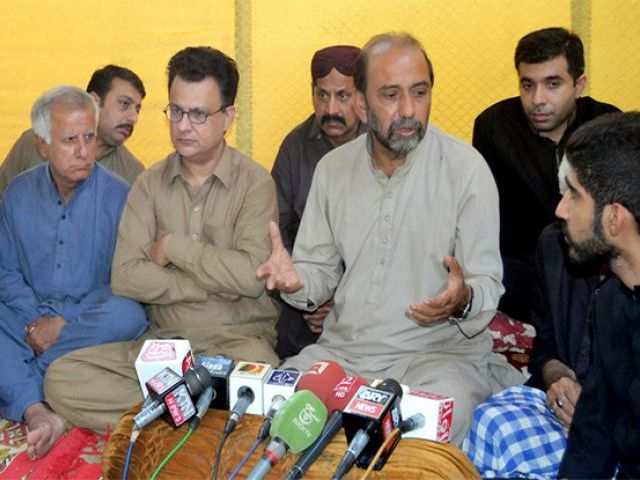 HYDERABAD: Buoyed by his victory against the Pakistan Peoples Party (PPP) in Badin’s local government elections, Zulfiqar Mirza has announced to form his own political party.

The former home minister told the local media in Badin on Friday that he will get the party registered soon. “I will fulfil the mission of Shaheed Zulfikar Bhutto and Shaheed Benazir Bhutto,” he said.

The Election Commission of Pakistan postponed the polling on one municipal and five town committees as well as four union councils after the Supreme Court’s order over the delimitation issues.

“I am contacting some [local] PPP leaders. They will soon be with me,” he claimed. Mirza alleged that the Sindh government rigged the elections in favour of the PPP in the entire province. “My fight is against [the] Zardari league and his gang. Bilawal [Bhutto Zardari] is like my child.”

Meanwhile, PPP MNA Syeda Nafeesa Shah said the party will file a ‘writ petition’ in the Supreme Court against the district returning officer and the returning officers in Badin, accusing them of rigging the elections. “Hidden hands helped Mirza win from Badin,” she claimed at a press conference in Badin on Friday.

PPP chairperson Bilawal and co-chairperson Asif Zardari have taken notice of the organised rigging in Badin. Shah said 22 polling stations in 12 UCs were changed overnight. She announced that Mirza’s wife, Fehmida, who is an MNA on the PPP ticket, and their son, Sindh MPA Hasnain Mirza, have been served notices for violating the party policy.

The nationalist parties blamed a political party of being involved in the murder of SindhUnited Party (SUP) leader Dr Anwar Laghari on the eve of the LG elections. Addressing a press conference in Qasimabad on Friday, SUP chairperson Syed Jalal Mehmood Shah and Qaumi Awami Tehreek’s Ayaz Palijo claimed that the voter turnout remained low as the attack created fear among the people.

The PPP won 23 of the 27 seats in Qasimabad Municipal Committee. However, the turnout remained low at around 35 per cent with only 29,484 votes cast against total registered votes of 82,929.

“A party has introduced the new trend of killing opponents in Sindh,” said Shah. He also blamed the Election Commission of Pakistan for not postponing the polls even when a candidate was critically injured. He was referring to SUP’s election candidate, Abdul Samee Chandio and his brother Abdul Waqar Chandio, who were injured in the same attack on November 18.

The SUP chief said the attackers have been identified. “As soon as both the injured brothers recover, we will disclose who they were,” he said. He claimed that Sindh IG  Ghulam Hyder Jamali’s son, Aadil Jamali, used the police in Qasimabad’s polling stations to favour the PPP candidates.

“The candidates were attacked to hijack elections in Qasimabad,” said QAT president Ayaz Palijo, alleging that the ruling party in Sindh is involved in the murder. He demanded that the election in Qasimabad should be held anew. QAT’s 17 candidates contested from Qasimabad but no one of them secured a seat.