Book review: The Lovers and the Leavers - Tangled up in blue

Book review: The Lovers and the Leavers - Tangled up in blue

A series of short storie­s, The Lovers and the Leaver­s questi­ons precon­ceived notion­s about love
By Hurmat Majid
Published: November 22, 2015
Tweet Email 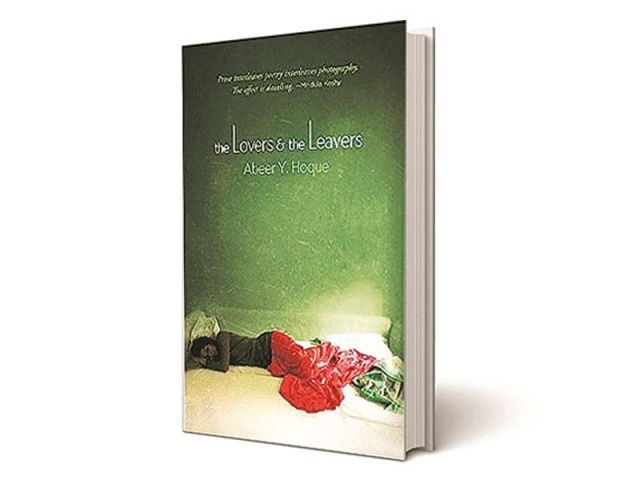 A series of short stories, The Lovers and the Leavers questions preconceived notions about love.

The Lovers and the Leavers by Abeer Y Hoque consists of 12 stories told with the aid of photographs and poems. The book brings to us an array of complicated feelings, thoughts and choices that the characters make life as they overlap with each other. The stories span over a number of years and readers get a glimpse of the lives of the characters across three continents.

On one hand, we see Komola, a maid in a hushed manor in Dhaka, as she begins an ill-fated liaison with a good-looking, mystifying bloke. On the other hand, best mates Rox and Ila are seen making choices about love, lust and morality. Komola’s nephew is shown dealing with problems of his own, while his mother flees, mysteriously ending up by the sea in Chennai.

The stories gradually expand outward, while Hoque tries to give each character more emotional complexity and power. The effect of moving across generations, and bouncing from different places leave the stories lacking depth and texture. But just when a reader is about to notice the lack of substance, they encounter beautifully composed lines such as, “The beauty of belonging isn’t that it lasts forever, but that you think it will,” which make up for the lacking narrative. The dialogues are minimal and the characters’ introspective narratives are far more powerful and thought provoking. We are offered a constant analysis of the characters and their circumstances. It is like sitting with an old friend and listening to a long complex story about the lives of people. The nostalgic impact of listening to those stories is such that you feel you know the characters as well as the person narrating them.

Hoque presents us with beautiful stories which are heartbreaking at the same time, leading us to the discovery of characters that are unique, yet relatable. They would, at some level, remind readers of someone they know or once knew. The writing style is simple, straightforward and flows easily, although the lack of description sometimes leaves too much room for interpretation.

Hurmat Majid is a subeditor at The Express Tribune. She tweets @bhandprogramme