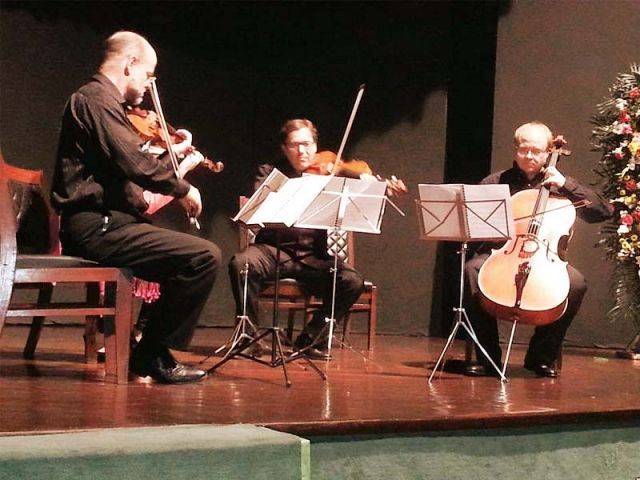 LAHORE: As many as six classical musicians, trainers and teachers flew in to Lahore all the way from Germany for a performance that will remain imprinted on memories for quite a while. The event was put together by Annemarie-Schimmel-Haus, German Cultural Centre in collaboration with Goethe Institute Pakistan and Lahore Arts Council (LAC).

Audiences turned up in good number at the Alhamra Hall well before the programme began. The performance was part of a series of cultural and literary events initiated under the auspices of the council that will continue over the next two months.

The show kicked off with a group performance wherein Schmidt, Bunea, Höfler and Bernhard played different instrumentals. A centre official said the performers teach how to play the violin at different German universities and have performed all over the world. “This year they were especially invited to Pakistan,” he said. They also played German folk numbers that met with a lot of appreciation.

Next came Matzura who demonstrated the different playing styles of the castanets. “This is the first time I am performing anywhere outside Europe. The response we received here is unimaginable,” he said.

Music composer Nisman, who is Argentinean by birth, closed the concert with some impressive skills on the bandoneon. LAC Executive Director Capt (retd) Atta Muhammad Khan served as the guest of honour at the concert. Talking to The Express Tribune, he said, “Without doubt this is the best way to learn about the cultural history of other countries. We have always tried to invite performers from all over the world to give our audiences a taste of foreign performing arts.” Atta said given the ongoing scenario, it is pertinent to arrange cultural events that are constructive and provide quality entertainment.