Hide collection in Karachi taking place as early as 1949

Hide collection in Karachi taking place as early as 1949 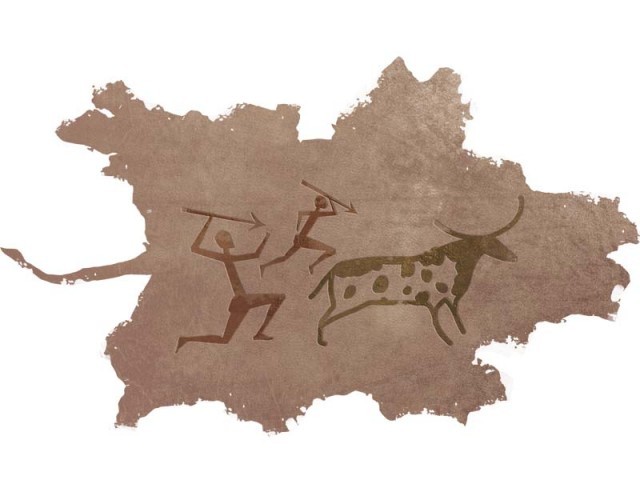 Edhi Foundation was the first NGO in the city to start collecting the skins of sacrificial animals . DESIGN: MOHSIN ALAM

The billion-rupee business of hide collection in Karachi began as early as 1949 and was initiated by the Edhi Foundation.

The welfare organisation claimed that theirs was the first NGO to start collecting the skins of sacrificial animals, said Edhi Foundation spokesperson Anwar Kazmi.

The foundation may have been laid down by Edhi but they lost their hold over the business over time. Several madrassas entered the market and started collecting hides from the city. They were followed by political parties and their welfare wings.

Kazmi recalled how easily the volunteers of the Edhi Foundation entered various neighbourhoods and collected hides until a certain political party stepped into the game. In 1987, hide collection by Edhi was at its peak: they managed to receive 35,000 hides of goats and 18,000 of cows. But then their numbers dropped.

“Our graph went down when a political party started forceful collections,” said Kazmi. “They threatened our donors to give hides to them. Men brandishing weapons stopped our volunteers from door-to-door collections in all areas, except DHA and Clifton.”

This was when their founder, Abdul Sattar Edhi, appealed to the people to donate skins to the centre themselves. Edhi told his volunteers to stop going door to door. This was around the same time that three Edhi ambulances that were carrying hides were looted by armed men.

Over the years, Edhi Foundation’s collection of animal hides has remained low and it never seemed to gain the same momentum as its earlier years. In 2014, the organisation received hides of merely 5,000 goats and 900 cows – 50 per cent of these animals were those slaughtered at the foundation’s grand sacrificial grounds.

The era of the Jamaat

The first political party to start hides collection in the city was Jamaat-e-Islami (JI), whose welfare wing — known as Al-Khidmat Foundation — started its operations in 1953-1954. “We initiated this trend to help the deserving and the needy, and use the money from the sale of hides for our welfare projects,” explained JI spokesperson Zahid Askari.

Like Edhi, the JI also has a long list of complaints against forceful collections, where main gates of apartment units would be shut, and residents would be told to give their hides to one party.

The biggest player in the hides collection business in recent decades has been the Muttahida Qaumi Movement, which started collecting animal hides as early as 1979 through its welfare wing, Khidmat-e-Khalq Committee, now known as Khidmat-e-Khalq Foundation (KKF).

Over the years, MQM emerged as the largest hide collector in the city but not without accusations that its workers forced people to give hides to them. However, MQM leader Farooq Sattar insisted that they always dealt with complaints of forcible snatching of hides and tried to minimise the complaints.

“The law enforcement agencies should cooperate with those who collect hides for charity purposes,” he suggested.

With the crackdown against political parties in full swing, the old players have reason to hope for some improvement. “We are hoping that this time we will be able to collect more hides as there will be no forceful collections,” said Kazmi.

Even the JI is planning to make more inroads this year with banners saying ‘Al-Khidmat ko khaal do [Give hides to Al-Khidmat]’ doting several electricity poles. Similar banners by the MQM have yet to appear on the streets.

This year, the MQM plans to go door-to-door instead of setting up collection points in various neighbourhoods. They will also encourage their supporters to drop off hides at Nine Zero or the KKF office in Federal B Area.

“The numbers may fall down,” admitted Sattar, referring to the consequences of the Rangers’ crackdown against party workers. Another party leader admitted that hurdles by the law enforcement agencies in their work will definitely affect their hide collection this year.

The party has reason to anticipate a decline as their Fitra and Zakaat collections were significantly hampered due to the targeted operation and arrest of party workers.

With the old players eyeing a relatively competitive market for hide collections this year, it remains to be seen which group will collect the most skin the city sheds.

Accepted on one day, rejected on the next