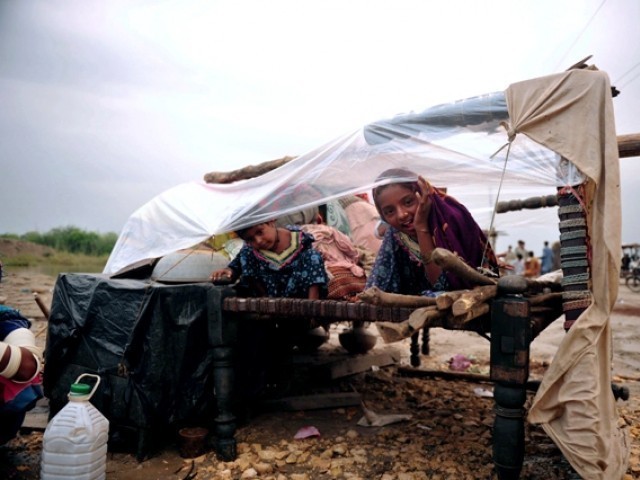 The provincial health minister claimed the efforts were made without any outside assistance. PHOTO: AFP

The minister said that his department had provided the medicine without taking any extra budgetary allocations from the federal government. The health department did all of this using its own resources, he claimed.

During his meeting with a delegation of the Sindh Medical Support Programme (SMSP), with the support of the Poverty Eradication Initiative, at his office he discussed the issues that arose during the flood. The SMSP’s executive director of the programme, Shahid Yousuf, and Pakistan Peoples Party senator Taj Haider were also present at the meeting.

The meeting decided that 4,500 lady health visitors and community midwives would be given training, while 300 standardised birthing stations would be established in far-flung areas through the SMSP.

Yousuf informed the participants of the meeting that the three-year project costs Rs5 billion, explaining that the amount would be used in multiple tasks, including capacity building of doctors, nurses, health technicians, a child health initiative involving 600,000 students through a health hygiene programme in government schools and quality gifts to poor students.

Dahar said that the programme would enable the two million people living in the province’s rural areas to get cost-effective standardised health services, which would also reduce the budgetary burden on the government by providing supplies to all hospitals.

Dr Masood Solangi, provincial chief of the Sindh Dengue Control Programme, told the minister in a separate meeting, that so far 100,000 pamphlets have been distributed during the ongoing awareness campaign against dengue in various parts of the city.