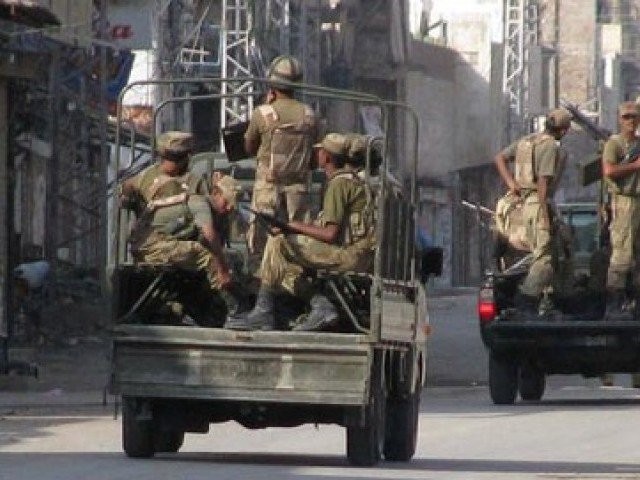 Pakistan Army has launched a ground offensive in North Waziristan Agency’s (NWA) mountainous Shawal Valley, regarded as the last haven of fleeing homegrown militants and their foreign cohorts. Meanwhile, the army’s fighter jets on Thursday continued to target militants’ hideouts in the agency for the fifth consecutive day, killing at least 43 suspected terrorists.

Meanwhile, an official of the security forces said fighter jets on Thursday targeted militants’ hideouts in Lwara Madai, Gharlamai, Ocha Bibi, Zvi Naray and several other areas of tehsil Shawal and Datta Khel in the NWA.

“These aerial attacks killed 43 militants, including 15 in Shawal and 28 in Datta Khel,” he said.

The local sources said residents of all these areas had started migrating to safer places in nearby provinces of Afghanistan, including Khost, Paktia and Paktika.

After Thursday’s strikes, the number of insurgents killed in the region this week climbed up to more than 150. The army earlier claimed its airstrikes killed 10 suspected militants on Wednesday, 18 on Tuesday, 50 on Monday and 40 on Sunday.

Since May, the military has stepped up operations in the deeply forested ravines of the Shawal Valley – which straddles North and South Waziristan agencies along the border with Afghanistan – and softened militant targets in the valley through continued airstrikes.

The deeply forested ravines of Shawal Valley and Datta Khel are popular smuggling routes between Pakistan and neighbouring Afghanistan, and are dotted with militant bases used as launch pads for attacks on Pakistani forces.

The area is a stronghold of Khan Sajna Said, the leader of a Taliban faction whose name the United States put on a sanctions list of ‘specially designated global terrorists” last year.

Banned Tehreek-e-Taliban Pakistan used to control all of mountainous NWA, which includes the Shawal Valley and Datta Khel, and runs along the Afghan border. But Pakistan Army recaptured most of the region in a major armed operation, codenamed Zarb-e-Azb, which was launched in June 2014.

North Waziristan used to be the Pakistani Taliban’s last key stronghold until the start of the operation. Officials claim that nearly 3,000 militants have been killed since the launch of the offensive. Authorities have now vowed to intensify operations both in the border regions and across the country.

Meanwhile, security forces also had a clash with militants in the neighbouring South Waziristan’s Asman Panga area of Lahda subdivision, where they killed 12 militants.

A security official told The Express Tribune, that a soldier was killed while two security forces’ personnel also got injured in the encounter.  He said the area where the clash took place is regarded as a stronghold of militants.