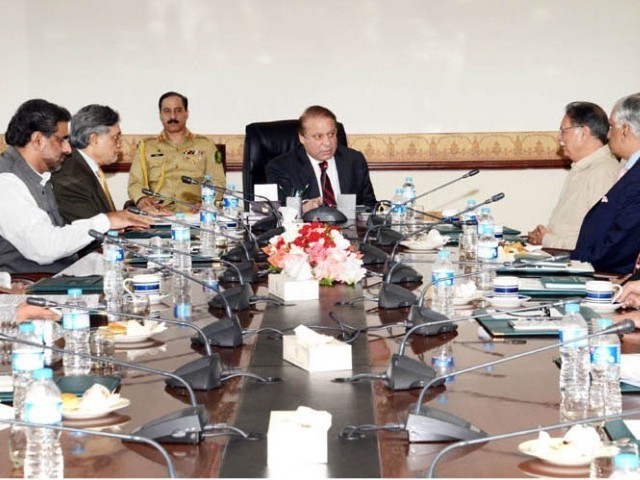 ISLAMABAD: Prime Minister Nawaz Sharif said on Monday that the report of an inquiry commission on alleged rigging in the 2013 general elections and subsequent reactions of political forces signaled a way forward for the stability and strength of the political and democratic system.

Chairing a high-level consultative meeting with cabinet members and the political leadership of the Pakistan Muslim League-Nawaz on Monday, the premier also called to expedite the process of bringing about electoral reforms in order to ensure that the elections are held in a transparent manner.

Urging cabinet members to highlight the findings of the inquiry commission, Prime Minister Nawaz observed that the time is ripe for all stakeholders of democracy to demonstrate magnanimity and political maturity and avoid frivolous disputes and petty squabbles.

The premier further said that the inquiry report vindicated PML-N’s mandate and the party would now work more for strengthening the institutions, constitution and ensuring good governance.

“Cabinet members and the political leadership of the party should reach out to the public and take them into confidence on the positive and development-oriented vision of the PML-N, which would make the country politically stable and economically viable.”