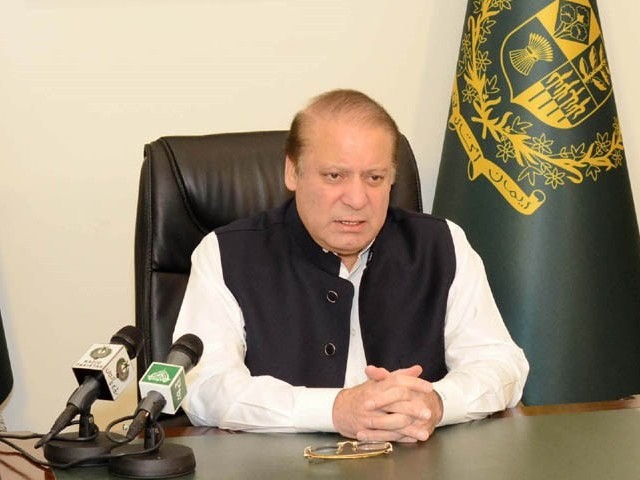 ISLAMABAD: As the poll inquiry commission rejected Pakistan Tehreek-e-Insaf (PTI) claims that 2013 general elections were systematically rigged, Prime Minister Nawaz Sharif has said the report endorsed the government’s point of view on the issue, as well as the mandate of Pakistan Muslim League-Nawaz (PML-N).

“As the most credible institution in the country has endorsed the results of the 2013 general elections, baseless allegations should stop once and for all now,” said Nawaz, while addressing the nation on Thursday. “I have ordered the inquiry commission’s report to be made public.”

Nawaz said the government was ready to forget what happened after the elections but it was unfortunate that the country was defamed by making fair and spotless elections disputed.

“We should consider the verdict as a milestone and embark on a new journey on the road to progress and get rid of chaos, uncertainty and instability,” he said, adding that as per its manifesto, the PML-N was committed to bring about electoral reforms through Parliament to ensure fair and transparent elections.

The commission in its 237-page report said despite some lapses on part of Election Commission of Pakistan (ECP) “the 2013 general elections were in large part organised and conducted fairly and in accordance with the law.”

Earlier, the premier had called a meeting of legal advisers to review options to publish the poll inquiry report.

Meanwhile, PTI chief Imran Khan accepted the commisison’s verdict, saying he will comment once he reads the report himself.

In April this year, Chief Justice of Pakistan Nasirul Mulk had formed a judicial commission to investigate alleged rigging in the 2013 general elections.

The three-member commission was headed by the chief justice himself and comprised of Justice Ameer Hani Muslim and Justice Ejaz Afzal Khan. The PTI had staged a 126-day long sit-in in Islamabad, demanding a probe into the 2013 elections.

The Pakistan Tehreek-e-Insaf had approached Supreme Court seeking a copy of the inquiry commission’s report.

“PTI secretary general Jahangir Tareen has written a letter to SC registrar Tahir Shahbaz for a copy of the commission’s report as the ruling PML-N is leaking its contents in its favour,” a senior PTI leader told The Express Tribune.

Further, The Express Tribune has learnt that the commission secretary has sought some time to respond to PTI’s complaint. Sorry – the page you are looking for cannot be found.