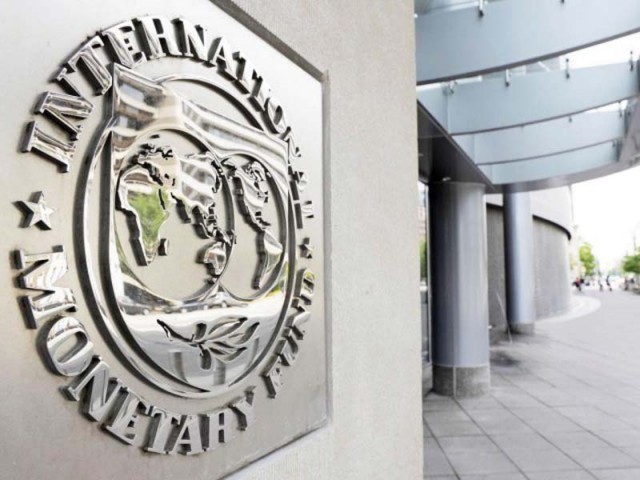 Officials urged the IMF to start biannual reviews, which will give more time to the economic managers to deliver on these conditions. PHOTO: FILE

Amid increasing chances for a move to bi-annual reviews – that would give more time to policymakers to deliver results under the $6.6-billion bailout programme – Pakistan and International Monetary Fund (IMF) will meet next week to hold negotiations for the release of the next loan tranche.

The meetings will be held in Dubai from July 29 to August 6 to review progress on the targets agreed for the April-June period and discuss the advancement on conditions set for July-September, said a senior official of the Ministry of Finance.

It will be the eighth review under the $6.6-billion programme and the successful conclusion will pave the way for release of the ninth tranche valuing over $500 million. Pakistan and the IMF teams are meeting after less than three months with their last meeting held in May.

However, both sides are now discussing the option of shelving the policy of meeting after every quarter and shift to bi-annual reviews aimed at seeking more time to deliver on agreed conditions.

“The IMF has indicated that it stands ready to discuss the option of six-month reviews,” said Finance Minister Ishaq Dar while talking to The Express Tribune from Dubai. Dar said any decision in this regard would depend upon cash flow options the IMF gives to Pakistan.

Pakistan gets over $500 million quarterly tranches and wants that it still gets $2 billion annually in a manner that does not disturb its cash flows.

Pakistan already owes $4.3 billion the IMF and the figure will jump to $6 billion by end of next year.

The talks are held at a time when Pakistan remains unable to deliver in key areas of energy, taxation, investment and privatisation. The provisional estimates suggest that the government may miss the budget deficit target of Rs1.387 trillion or 4.9% of Gross Domestic Product, although final figures will be available next week.

Pakistan has also missed the indicative target of collecting at least Rs2.691 trillion in taxes during the recently-concluded fiscal year, as the final collection stood at Rs2.581 trillion despite blocking over Rs220 billion refunds. Serious questions have also been raised on the new fiscal year’s Rs3.105 trillion tax target and the government may receive a new list of demands from the IMF to either levy more taxes or cut development spending, or both.

It also missed the indicative target of disbursing Rs95 billion among the beneficiaries of the Benazir Income Support Programme.

The situation on the energy side also remains dismal. Governance reforms have not been implemented. The power sector outstanding dues have mounted up to Rs625 billion including Rs335 billion parked in the Power Sector Holding Company Limited.

The Supreme Court’s decision that the government should recover electricity surcharges in 12 installments has also compounded the government’s problems and it may be asked by the IMF to increase electricity tariffs to compensate for the impact of the decision on budget.

On the privatisation front, the government could not conclude two planned strategic sales of Heavy Electrical Complex and National Power Construction Company, which were due before June-end. The future prospects are also not very bright, as the privatisation of Pakistan International Airlines will again be delayed beyond December this year.

However, the regional political developments may help Pakistan win some concessions from the global lender. The talks are expected to remain smooth and there will not be any major shift in the IMF’s continued soften stance, claimed Finance Ministry officials.

The IMF denies that its decisions are influenced by the regional and international politics.

Under the three-year $6.6 billion programme, both sides are supposed to meet after every three months. However, both sides are now considering ways where the shift to bi-annual review without disturbing overall targets.  The experts have also started questioning policy of quarterly reviews, terming it a too short period to deliver on complex issues.

In addition to five key conditions that deal with foreign currency reserves, budget deficit and reducing government borrowings, there are 26 structural benchmarks related to fiscal, monetary, financial and power sectors.

However, results show that many of these benchmarks were missed and where the government showed some progress it was a result of creative accounting. While acknowledging that the government lacks the will to deliver in certain cases, experts argue that inadequate timelines was also a genuine issue.

“Structural reforms need much longer time to deliver and the short deadlines are resulting into haphazard decision making at the Q-Block,” said an official while seeking anonymity.

They also supported the policy to start bi-annual reviews, which will give more time to the economic managers to deliver on these conditions. Independent experts have also questioned the IMF approach to add too many conditions in so many areas, which has diverted the government’s energies and resultantly they are unable to deliver in any specific area.

The experts are of the view that the IMF should leave the energy sector on the World Bank and the Asian Development Bank, as the global lender doesn’t have expertise in this area.