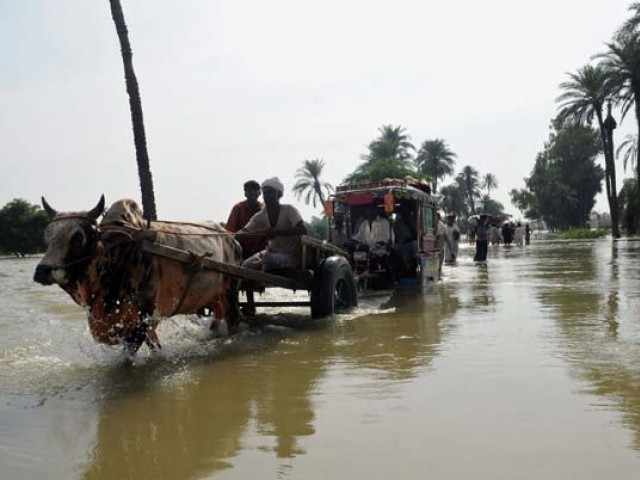 At least three  people were swept away by flash floods in Chitral on Monday, while rain in different parts of  Balochistan caused roof collapses, killing three children, Express News reported.

A rescue and relief effort was mounted by the army and Frontier Constabulary in Chitral who rescued 50 people using two helicopters, the Inter Services Public Relations (ISPR) said in a statement.

Further, eight tonnes of relief goods were dispatched to the stranded people.

At least three children were killed and more than a dozen others were injured in rain-related incidents in the northern parts of Balochistan where torrential rains destroyed roads and affected vehicular traffic.

Personnel of the Frontier Corps rescued 12 people, including women and children while nine vehicles were also taken out of floodwaters.

One of the vehicles taken out was an official car assigned to Deputy Commissioner Sherani, an FC source told The Express Tribune. Two levies officials were injured in the incident.

In Kohlu, three children were killed, while four others injured in two incidents of roof collapse.

Roof of a mosque and a nearby house collapsed near the FC Colony, causing the casualties while a dozen were injured in similar incident.

The commissioner was rescued unhurt. Rains were also reported from Ziarat as the downstream in the Sibi Valley of the plains was inundated.

A bridge used for passenger linkup between Zhob and Sherani collapsed, suspending road transport between the two settlements.

Further, power breakdowns were reported from many settlements in Kohlu, Zhob and Sherani districts.